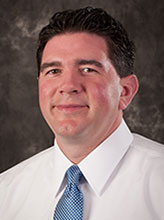 Follow Rather than Lead
Several years ago, as a Certified Funeral Celebrant, I co-created my most challenging funeral experience to date. What set this apart from any other service were the unfortunate circumstances this family was forced to deal with.

In the span of a week, this particular family lost two members of their immediate family: a mother and her son. More specifically, the unexpected nature of the son’s death caused the mother to follow soon after. The mother left behind a husband, daughter, and sister. The son left behind his father, sister, and fiancée.  Both left behind extended family and countless friends.

I started my journey with this family by planning the young man’s funeral as the mother’s physical condition began to deteriorate. First and foremost we had to decide how and when his service would take place. In deciding what type of service they wanted to have for the young man, the family thought a celebrant service would be most fitting. A religious service didn’t feel right since the young man had a zest for life that was meant to be celebrated and they had very limited ties to any local church or religion.

Before any final decisions were made, the mother’s conditions began to rapidly decline so I suggested putting everything on hold to give the family as much time as they needed to spend with their wife and mother. Three days later, the mother passed away leaving the family in a state of utter disbelief. Now with a whole new set of circumstances we encouraged the family to slow things down so everyone’s needs could be addressed and there wouldn’t be any regrets amidst the chaotic trauma.

The family told me that having two separate sets of services would have been too much to endure. After lengthy discussions, the family decided it would be best to have visitations and celebrant services for the mother and son simultaneously. We did just that and the family asked that I lead a joint celebrant service, one that reflected both their beloved mother and son/brother and truly celebrated their lives with a positive tone.

Warming the Space
The family scheduled the dual service for the following week. In the meantime we also decided to move the services to our largest location one town away to accommodate the expected large turnout. As the week progressed I met with the family several times learning about both mother and son and what they were like as individuals. In other words, how they enjoyed living their lives. During "story telling time" we delved into how we were going to create a service that would reflect both of their lives. So we told stories, shared laughs and cried together.  We designed the most memorable service I have ever seen.

One of the ways we accomplished that was by "warming" the room. Basically it’s to decorate the funeral home with all of the deceased’s favorite things in life so the space doesn’t feel like a funeral home. Decorating the space with things the decedents enjoyed most brings the funeral home to life! The family brought in the young man’s boogey board, fishing poles, and team jerseys. For mom they brought in her yoga mat and National Geographic magazines. Keep in mind this is only some of what they actually brought in. Along with all of the memorabilia there were two separate tribute videos being played simultaneously. Both mother and son had their own area of the room dedicated solely for them.

To further warm the visitation, we set up tables, chairs, and a tent outside the entrance to the funeral home and filled it with mom’s favorite snack, potato chips, and the son’s favorite treat, brownies along with soft drinks. To accommodate the massive amount of people and give everyone plenty of room, we opened up our two main chapels and combined them into one large gathering space that felt like a living room.

Strength in Numbers
When it came time to plan the actual celebrant service, not only did we have to decide on what components would make up the service, but also figure out how we would bring it all together. One of the biggest challenges we faced was figuring out how to include everyone who wanted to be apart of the service–and that we did! We coordinated approximately a dozen volunteers; some played music, others read poems and prayers, others offered eulogies and shared their remembrances.

One of the best tools I use in creating a celebrant service is the tribute program or you may know it as an order-of-service. It helps to give a framework for the service and further personalize the service. In this case we used individual and family photos, favorite family beach scenes, the obituaries, the order of people who were participating in the service, a favorite poem, along with the invitation to the tribute luncheon following the service. We also incorporated a tribute video montage that included a special song for each of them.

Carrying Out the Plan
My role as the Funeral Celebrant is to not only help create the service, but also bring continuity throughout. One of the ways I do that is by setting the tone for the service. In this case the family was adamant that the service not be filled with crying and silence, but one filled with laughter and uplifting stories that reflected the character of the family. I began the service by summarizing all the stories and information I had collected in my previous family meetings to remind everyone who we were there to honor.

The eulogies segment of the ceremony was kicked off by the daughter/sister in a way that I had yet to witness before and have not seen since. She used our projector and remote control to show photographs while she began to remember aloud how much her mother and brother meant to her. In that time she was also creative enough to get everyone to act in unison in two unique ways. First she asked everyone to stand and offer a moment of silence in their memory. Next she directed everyone to write down on a piece of paper (pencil & paper were staged under every seat before hand) something that they have always wanted to do but just never made the time to do it. She then explained that her mother and brother were "doers" and she wanted everyone to take their paper home and try their best to do whatever it was that they had written down. It was truly a creative and interactive eulogy that reflected the lives of her mother and brother.   I was touched, as I know everyone else in the audience was.

It is an unspoken rule of being a funeral celebrant to create a safe environment for individuals to grieve openly by fostering their creative spirit. During the week before the service, the daughter/sister would ask me if it was “ok” to do this or that during the ceremony. What started out as reassurances on my part turned in to co-collaborating a beautiful event in which I was honored to facilitate.

In concluding the celebrant service I wanted to tie their two lives together. In the nearly two weeks I spent with this family, I learned that both the mother and son shared the ability to act and care for others in a way most of us never really get to do. I used the words contained in an award to tell that story. The plaque read:

"Thank You, You could have let the moment pass, Or looked the other way:
Instead you took the time to care–I thank you everyday!"

As I do with every celebrant service, I close with a piece of music. Not just any old tune, but one that I ask the family to select, a song chosen by the family to say "goodbye for now" to their loved one. It was a service that truly reflected the lives of these two generous people and everyone felt a part of their lives at that moment.

Epilogue
I have had the privilege of spending time with this family in a social setting long after the services. In that time I have had the opportunity to see the healing effects on the human spirit after a family takes the time to co-create a service such as this. While my own personal experiences as a Certified Celebrant have validated what I do, it is just as rewarding to witness firsthand someone outside my own family start to heal from such a tragic loss. This experience further reinforced why I get up and come to work every day. I get to collaborate with people who are hurting and help them find ways to heal themselves.

Thank you for taking the time to read about this unique funeral experience. I hope it will inspire you as you walk the path of grief and mourning.