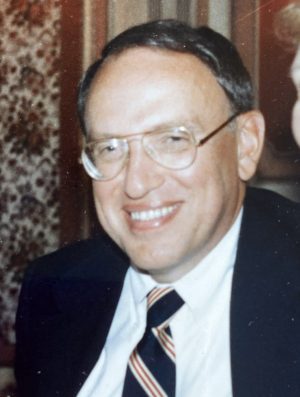 Albert was born on January 19, 1933 in Queens, New York and was the son of the late Mr. and Mrs. William and Clara (nee Binzer) Bridgman.

He was a graduate of Poly Tech Institute of Brooklyn with a Bachelor’s degree of Mechanical Engineering and furthered his education with a MBA from Rutgers University. Albert spent his entire career with Westinghouse Electric Corporation in positions of increasing responsibility. On his retirement he led its Eastern Field Sales Organization, selling major capital equipment to the company’s Fortune 500 clients.

He served in the United States Army as a First Lieutenant in the U.S. Army Corps of Engineers stationed at Fort Belvoir, Alexandria, VA. He was a member of Canoe Brook Country Club and an avid golfer. Albert was an accomplished marksman and hunter.

A visitation will be held on Monday, April 11, 2022 from 4:00-5:30 pm with a Celebration of Life to begin at 5:30 pm in the funeral home. Entombment will be private. In lieu of flowers, donations can be made to the American Parkinson Disease Association.