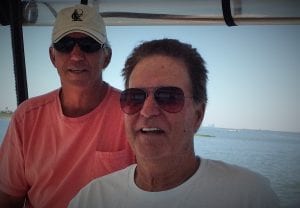 Born on June 3, 1945 in Summit, NJ to William and Evelyn (Murphy) Kelly, Al was interested in all things mechanical and founded American Crane Rental in 1975.  He grew this into a successful enterprise which he was able to pass on to his son.

On October 2, 1965 he married Cynthia Jaggers.  They moved to Whippany in 1969 and raised two daughters, Shannon and Megan, and one son, Brian.

Al had many interests which all included some form of machinery in motion.  He earned his helicopter pilot’s license in 1980, and founded K & W Aero with a partner, to fund his hobby.  Al also earned his fixed wing license.  He enjoyed flying RC airplanes and built go-karts for his children.  He took up boating in 1986 and spent many summers in Long Beach Island at his favorite marina.

Al frequented the local pubs and would love to toast his friends and favorite bartenders.  He combined his toasting abilities with sayings he would pick on the radio and could often be heard saying “It’s all about that bass”….

He will be missed by his wife, Cindy; his children, Shannon, Megan and Brian; his brother, Rich; his sister, Mary; 11 grandchildren, nieces, nephews and many friends.