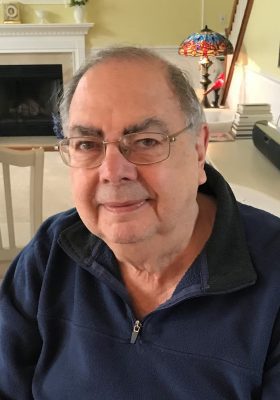 Tony was born on May 5, 1935 in Newark, New Jersey and was the son of the late Michael Cuozzo and Grace (nee Scardilli) Cuozzo. He grew up in Newark and graduated from West Side High School. Anthony served in the U.S. Army in Korea from 1955-1957, honorably discharged as Specialist Third Class. He was a graduate of the Professional School of Business, Union, NJ and attended Fairleigh Dickinson University, Madison, NJ. He also held a NJ real estate license.

In his youth, Tony was a member of the Sunny Lads doo-wop group, signed to Jax Records. Anthony was Past Exalted Ruler for the Elks, Florham Park Lodge 815 from 1990-1993 and served as Chairman for the Handicapped Children Committee for his district. Charter member and past president of the East Hanover Italian American Club.

In his spare time, he loved spending time with his close group of friends and enjoyed the track and the casino. Above all, Tony loved his family.