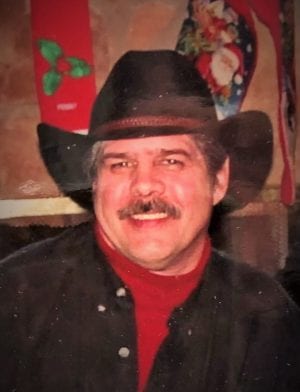 Christian Winans of Morristown, NJ, died of complications of diabetes on June 7, 2021.  He was 61.

Few loved New Jersey more than Chris who proudly called himself “a Jersey Boy”. Born in Bridgeton, he spent his adulthood in Morris County, after attending Fairleigh Dickenson University in Florham Park with a major in theater arts.

As a child, Chris was attracted by the lights of the theater. He performed in a myriad of plays when growing up, yet preferred to contribute his talent behind the curtain. His home-away-from-home for 30 years became the Trilogy Repertory in Basking Ridge. There, he worked the lights, directed children’s plays and stage managed productions. He also served on the theater’s  board for many years. It was no surprise to family and friends when Chris was recognized by the  State of  NJ as Stage Manager of the year.

Chris’ love for theater was matched by his appreciation of music, especially the Grateful Dead. He was a self-proclaimed ‘dead head,’ travelling the Eastern seaboard to attend concerts in person. Similarly, he embraced Neil Diamond, joining millions of fans who sang in unison to the lyrics of “Sweet Caroline.”

His musical taste jumped to the other side of the Pond after he heard the rock sounds of the Moody Blues. From there, it was a natural transition to embrace the big sound of the Trans­ Siberian Orchestra. He could be spotted in their audience at the Beacon Theatre and Madison   Square Garden in NYC as well as NJ’s Prudential Center. Don’t forget The Beatles, he loved them too.

Chris’ legacy- beyond being a devoted family member – is his love of the stage and music.

Chris leaves his loving mother, Sally Epstein, as well as his brother, Scott and sister-in-law Stacey, nieces Kelly and Erin and nephew, Connor. He also leaves his cousin Britton Rogers and his husband John Wilson. He was predeceased by his father Peter Winans.