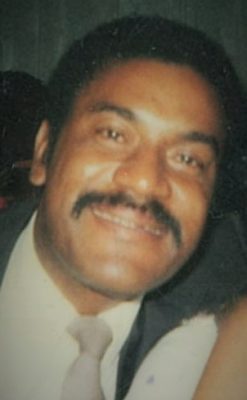 Cleveland Aster Reaves was born on November 1,1944 in Rocky Mount, North Carolina. Cleveland and his family later relocated to Newark, NJ where he spent his formative years. He was United in marriage to the late Edna Merle Reaves. This union produced two daughters.

Cleveland had a keen interest in politics and current events. He would watch the news and read the newspaper daily and was well versed on political climates all over the world. He enjoyed debating political views with friends and family. Cleveland was many things to many people. A son, brother, father and grandfather.

He was preceded in death by his parents Lorraine and Alexander Reaves and his siblings Barbara Reaves Chalmers and Vera Reaves.

Memorial visiting hours will be held at Bradley, Smith & Smith Funeral Home, 415 Morris Ave. in Springfield on Friday, July 15th from 5 to 7pm.

But he said to me, “My grace is sufficient for you, for my power is made perfect in weakness.” Therefore, I will boast all the more gladly about my weakness, so that Christ’s power may rest on me. That is why, for Christ’s sake, I delight in weaknesses, in insults, in hardships, in persecutions, in difficulties. For when I am weak, then I am strong.