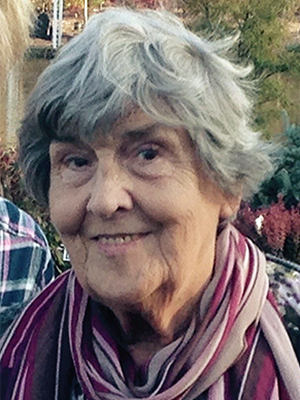 Colette Bideau De Marco, a resident of Mountain Lakes, NJ for 43 years and of Chatham, NJ for the past 5 years passed from this life on Tuesday, December 10, 2019, after an extended illness.

Colette was born in La Celle Saint Cloud, France to Louis Bideau and Blanche Dreneau Bideau. After High School, she worked in Paris for Jacques Cousteau, the famous undersea explorer, for several years. She then worked for SHAPE (Supreme Headquarters of Allied Powers of Europe) under Eisenhower, located in Rocquancourt, France. This is where she met her husband, Frank, a US army soldier, while playing tennis. They were married in 1956, and shortly thereafter, moved to Queens, NY where they lived for the next four years. During this time Colette worked for the United Nations and gave birth to her two daughters,  Marie-Colette and Valerie.

Colette returned to France with her family in 1964. Seven years later, in 1971, they all returned to America where Colette reunited with the United Nations. In the ensuing years, not only did she raise her family, but taught French, became the president of l’Alliance Française of Morris County, and eventually opened an import/export business, Le Charme Rustique (Bellevie Company, Inc.) in Morris County. Colette enjoyed decorating, sewing, cooking, entertaining, gardening and classical music. Besides spending time locally with Valerie and her family in NJ,  she and Frank would travel to France twice yearly to visit her beloved city of Paris and stay in their “pied-à-terre,” as well as journeying to Provence in the South to visit Marie-Colette and her family.

Colette had a vivacious nature, generous spirit and loved laughter-not to mention a good glass of French wine. She was welcoming and embraced all who crossed her threshold with good food and warm hospitality.

In lieu of flowers, donations in Colette’s name may be made to the Alzheimer’s Association.

Funeral Home:
Wm. A. Bradley & Son Funeral Home Visitation Hours:
There will be a visitation on Saturday, December 21, 2019 from 3-5pm at the Wm. A. Bradley & Son Funeral Home, 345 Main Street in Chatham, New Jersey. Funeral:
A Prayer service will be held at 4pm, during visiting hours on Saturday, December 21, 2019., Memorial Gifts:
Contributions in memory of Colette may be made to The Alzheimer's Association.