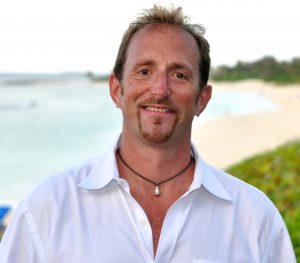 Dave Gesell is Colin Chase and Colin Chase is Dave Gesell, this much we can agree on. Whether you knew him as Dave or Colin however, today you feel his loss. There’s a hole here on earth that we’re going to have to work together to fill – and a lot of things he took care of for us that we’ll have to do ourselves. But he taught us well, through his actions and his spirit, so we’ll be OK. He is at peace, as are we.

David John Gesell (aka. Colin Chase) was born on January 26, 1961 in Glen Ridge, NJ. He passed away quietly on August 14th surrounded by his immediate and spiritual families. He was 60 years old. He is survived by his mother, Marcia Gesell, brother Stephen and his wife Tara (nee Gaydosh), sister Laurie, Donald Kob, and nieces/nephews Megan Gesell (26), Kevin Gesell (23), Madison Kob (15), Alexander Kob (14), and Benjamin Kob (12). He was predeceased by his father John “Jack” Gesell in 2013.

Dave was a 1979 graduate of West Essex High School in North Caldwell, NJ and attended the University of Maryland in College Park.  In both high school and college, he served as the student athletic trainer for their football and many other sports programs. His post-collegiate career focused on real estate development and culminated in the late 90’s with the formation of his own development consulting firm “C5 LLC” in New York City.

Around this time – whether through a desire to clean life’s slate or something else – Dave moved to Hell’s Kitchen and began using the name Colin Chase … and a legend was born. He adored New York and everything it had to offer. Whether sailing, rollerblading, Citibiking, Broadway shows, concerts, or opera, if he tried it, he became passionate about it. But even more importantly, he was passionate about the people he met along the way. Colin’s superpower was his ability to make connections and turn them into lifelong friendships. His boundless energy and infinite sense of humor were infectious to anyone who had the privilege to come into his orbit. And once there, friends knew he could always be counted on to help whenever and wherever it was needed: finding the unfindable, managing the unmanageable, fixing the unfixable.

One of these friendships led him to perhaps the most formative moment of his life: his discovery of Buddhism through the Kadampa Meditation Center (KMC NYC) in Chelsea. At the center, his spirituality flourished and gave his life new purpose. Here he would use his combined entrepreneurial and industrial talents to help develop the center into the global flagship it is today. In return he became part of a community that transformed his life and gave him peace in his final days.

Due to COVID restrictions, in-person services are not scheduled at this time. A celebration of David and Colin’s life is planned for some time in the Fall of 2021 once the safety of family and guests can be assured. Details will be provided on this site when a date and location are scheduled.

In lieu of flowers, donations will be accepted in Colin’s name at the Kadampa Meditation Center at 127 West 24th St., New York, NY 10011 or at the following link:

Better still, why not embark on your own personal David Gesell / Colin Chase Challenge and spend some time today going well out of your way to over-help somebody. You’ll feel better and it’ll make him proud.

Funeral Home:
Bradley, Haeberle & Barth Funeral Home Memorial Gifts:
In lieu of flowers, donations will be accepted in Colin’s name at the Kadampa Meditation Center at 127 West 24th St., New York, NY 10011 or by using the link above.