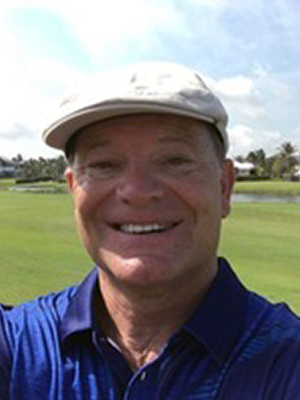 The third of six children, David was born in NJ to the late William Rowand and Helen Detrick. After graduating from Chatham High School, NJ and Embry Riddle Aeronautic University, Prescott AZ, David served his country as a fighter pilot with the U.S. Air Force flying F-4’s and F-16’s. After rising to the rank of Major, David left the service for his final career as a Captain with Southwest Airlines for 30 years.

David was an avid golfer, he loved to travel, attend concerts, watch movies and sports. David loved spending time with his family and always gave generously of himself and placed the needs of others before himself.

David is survived by his loving wife Andrea. His three children, Luke Rowand and wife Bree, Amanda Schindler and husband Eric, and Analisa Brooksheir and husband Trent, his six grandchildren Lucas, Bailey, Jaxon, Gracielynn, Bryer and Desmond. He is also survived by four sisters and one brother, Lynda Marlow, William Rowand, Theresa Nanius, Carolann Shaffer, and Dorothy Cleaves as well as many nieces, nephews and extended family. He was preceded in death by his parents and his granddaughter Kylie Rowand.

Funeral Home:
Wm. A. Bradley & Son Funeral Home Funeral:
A Memorial Service will be on October 3 at 1:00pm. at Singing Hills Memorial Park, 2800 Dehesa Rd. El Cajon CA 92019. Following there will be a Memorial Reception to Honor David for family and friends at Singing Hills Golf Resort. Memorial Gifts:
In lieu of flowers, donations can be made to the Kylie Rowand Foundation in his memory: www.kyliestrong.org.