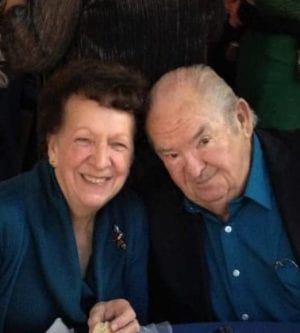 Born in Barwalde, Germany, Dieter immigrated to the US in 1951 settling first in Liberty Corner, NJ, then East Hanover, and finally moving to Whippany in 1954 where he would reside for the remainder of his life.  His first job here in the US was working at Lone Pine Farms in East Hanover. In 1956, he began working at All Souls Hospital in Morristown, where in 1958, he would meet Nancy Decker who would become his wife a decade later.  In 1960, Dieter began working at the International Paper mill in Whippany, where he would remain until the mill closed in 1979.  After a brief stint working at Rowe Manufacturing, Dieter began work in 1981 at Bell Laboratories (later Lucent Technologies) until his retirement in 2008.

Dieter was a Scottish Rite Freemason and as well as being a member of the Tall Cedars of Lebanon and the Saalam Shrine.  He was an active member of the local CWA union for over three decades.  Dieter was also active with several antique car clubs and was a long-time member of the Wanderer’s Car Club out of Sussex, NJ.

Dieter will be remembered by everyone who knew him for his fun-loving spirit.

Dieter is survived by his wife of fifty-three years, Nancy (Decker) Hirschberg, his Son Kurt Hirschberg, and his sister Halina (Grobelny) Erven of Whippany.