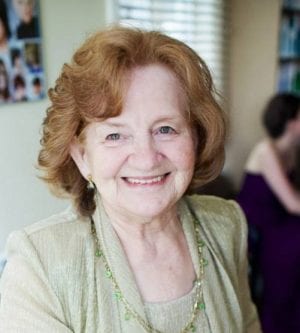 Dolores Dun Carvatt of Washington, NJ passed peacefully into her heavenly home on March 2, 2021 with loved ones by her side. Born June 4, 1935 in Morristown Hospital to the late Dora Hollenbeck and Angus Dun, Sr, she grew up in Chester, NJ.  She graduated from Roxbury High School in 1953 and later attended Somerset County College in Raritan Township.  Dolores was employed for over 30 years in the Accounts Payable department of Hooper Holmes in Basking Ridge.  She lived for many years in Califon and more recently in Washington, NJ.

She liked to express her enormous creative abilities through writing, art, music, photography, and sewing. She was an avid reader and lifelong learner seeking to increase her knowledge and understanding of history, philosophy, religion, and medical advances.  She was also very proud of her rich family history including her grandfather, Edwin Dun, who brought western farming techniques to Japan during the Meiji period and later served as ambassador to Japan.

In addition to her parents, Dolores was predeceased by a brother, Angus Dun, Jr, and a sister, Alice Dewey, as well as a beloved grandson, Brian Carvatt. She is survived by one daughter, Carol McGuire of Glen Gardner, and four sons: Gary Carvatt and his wife Debbie of Jutland; Kevin Carvatt and his wife Lucille of Canton, Georgia; and Steven and David Carvatt of Washington, NJ. She also leaves four surviving grandchildren, eight great-grandchildren, one great-great grandchild, and numerous nieces and nephews.