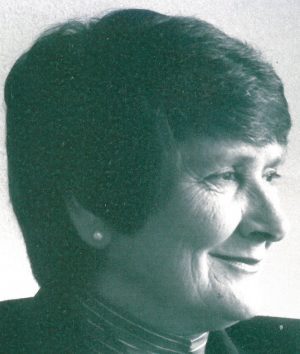 *Click HERE to live stream the service at the funeral home on Sunday, January 30th at 1pm*

Doris Jane Shallcross passed away peacefully at Linda Manor Extended Care Facility in Leeds, MA on January 25, 2022, just five weeks before her 89th birthday. She was 88. Her parents were John Shallcross and Ethel (Ruth) Shallcross. A native of Kenilworth, New Jersey, Dorie grew up in a rural environment, helping with work on the family’s small farm. Dorie took pride in driving the tractor at the age of 12, but was not thrilled with having to retrieve eggs each morning from beneath indignant hens. In her teen years she attended Springfield (NJ) Regional High School and in summers worked hard husking corn at a local corn stand. The strong work ethic Dorie developed in these years served her remarkably well throughout her life.

Dorie entered the teaching profession after receiving a Bachelor’s degree in Education from Montclair (NJ) State Teachers College. Here she majored in English and American literature and developed her love of music. A summer course at the University of London further broadened her cultural interests. Dorie’s first teaching job was at Flemington (NJ) High School, where she enjoyed the challenges of working with teenagers. Forging ahead with her education, she pursued a Master’s in Liberal Studies at Wesleyan University in Middletown (CT), delving deeper into English and World Literature.

Moving west, Dorie took a new position at Cleveland Heights High School in Ohio. It was here that she found her passion: Creativity, which was to dominate the rest of her professional life. Given the opportunity to devise what was probably the first credited high school course in Creativity in the nation, she developed curriculum which caught the attention of the Creative Education Foundation (CEF). As a leader in CEF’s annual Creative Problem Solving Institutes, she won special recognition for her 40 years of distinguished service. She served as well on the CEF board of directors, several years as president.

During these years, Dorie also completed a doctoral degree at the University of Massachusetts-Amherst and became academic faculty in the School of Education. She taught graduate courses in Creative Behavior to teachers and published four books on the subject. Dorie was also invited as speaker and consultant to schools and organizations in Spain, Portugal, Brazil, Mexico, Canada, Switzerland, and elsewhere. She was a courageous traveler. Upon her retirement, Dorie set out to be an entrepreneur, establishing the Shallcross Creativity Institute, which offered professional workshops for teachers. She also became one of the founding members of the Hampshire Music Club, addressing her love for classical music. Dorie found an excellent outlet for her ideas on creativity by serving for some 14 years as a founding member of the board of trustees of the Pioneer Valley Charter High School of the Performing Arts (PVPA) here in the valley. She presided as president for several years.

Dorie loved her large extended family, claiming all to be bright and beautiful. She is predeceased by her parents and her sister Ruth Powers of Toms River, NJ. She leaves her sisters Irma George of Summit, NJ and Jean Svoboda of Bradenton, FL, as well as nine nieces and nephews, their spouses, and their young children, with niece Susan Williams deserving honorable mention.   She leaves her dearest and lifelong friends, Louise Kanus of Leeds and Terez Waldoch of St. Paul, MN, and her friend and neighbor Madelyn Breen. Her many friends, colleagues, former students – all will sadly miss the presence of this caring, supportive, generous, inspiring and loving human being.

A funeral home service will be held at the Ahearn Funeral Home, 783 Bridge Rd., Northampton, on Sunday, January 30, 2022 at 1:00PM with calling hours to precede the service from 11:00AM-1:00PM. Burial will be in Fairview Cemetery, Westfield, New Jersey.

In lieu of flowers, memorial gifts may be sent to VNA and Hospice of Cooley Dickinson or to a charitable organization for animal welfare of your own choosing.

Funeral Home:
Bradley, Brough & Dangler Funeral Home Committal:
Private Memorial Gifts:
In lieu of flowers, donations in Doris' name may be made to. VNA and Hospice of Cooley Dickinson or to a charitable organization for animal welfare of your own choosing.