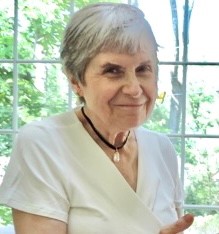 Dorothy Gertrude Post (née Hughes), 82, of Summit, New Jersey was Promoted to Glory on February 4th, 2021, at her home, surrounded by family. She was born June 21, 1938 in New York City, the daughter of the late Gertrude and Rowland Hughes and the youngest of three siblings. She is survived by husband Vernon K. Post, whom she married on April 14, 1989.

Dorothy graduated from Asbury College in 1960 and earned a master’s degree from Columbia University in 1962. She served as an officer in The Salvation Army from 1964 through 1977 and again from 1984 through 1989, at ministries in New Jersey, New York, Maine, Pennsylvania, and finally as a writer in the Publications Department of National Headquarters. She worked as a freelance writer for The Salvation Army for many years and was an active member of the Montclair Citadel Corps of The Salvation Army. Mrs. Post was an accomplished pianist, member of the songsters and led a monthly creative writing group for many years within her church community.

Gifts in her memory can be made to The Salvation Army, 13 Trinity Place, Montclair, NJ or the ALS Foundation.