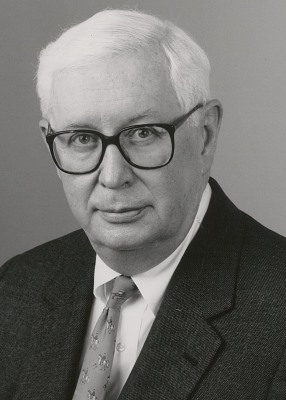 *Click HERE to Live Stream the Funeral Mass at 10:30 on Thursday, January 6th*

Ed was born in Hoke County, NC. He earned the BSA’s Eagle Scout Achievement Award and was in the National Honor Society. He was awarded a US Navy ROTC scholarship to University of North Carolina and graduated with a BS in Accounting. He was forever a Tarheel.

After graduating from Carolina Business School, he was commissioned in the US Navy. He served as First Aviation Supply Officer on newly commissioned Aircraft Carrier, USS Constellation (CVA 64) and participated in the Constellation’s shakedown cruise. He was part of the crew when the ship was redirected to the Pacific side of the Panama Canal during the Cuban Missile Crisis.

He joined Price Waterhouse’s New York office in 1963. As Partner he was responsible for numerous Fortune 500 clients including mining companies and  paper manufacturers. He specialized in Investment Management firms. He was responsible for PW Global Investment Management Services. He participated in numerous professional groups, including the ICI Mutual Fund Conference and was presenter at many financial conferences.

His many interests included a dedication to running. He participated in many races, including the New York and Boston marathons.

He served the community with numerous groups including the Boys Scouts of America and the Life Guard Board of George Washington’s Mount Vernon. He and his wife Eileen served on committees at the Pingry School and were the Parents Chairs of the Georgetown University Annual Fund. And, he never missed a Carolina reunion.

He traveled the world for business and pleasure. He and his wife, Eileen, visited many countries and enjoyed hiking in mountains from the Alps to the Andes and the Himalayas to the Rockies. His favorite views were the Teton Mountains reflected in the Snake River, the Atlantic’s waves on the beach of Topsail Island, NC, the green calm waters of the Gulf of Mexico and the deep green valleys of Morristown.

He cherished his family, faith and free country. He was proud of his service and the service of his sons and nephews to the nation. He was fair and honorable.

He was proud to relate that following his first paying job as a twelve year old, he continued to work his entire life. At twelve he helped process the family farm’s side product of watermelons. At the train siding he would cut off the watermelon stem, apply glue, and attach the sticker of the buyer. Each car held 1,200 watermelons. He was paid fifty cents per car. On a good day he could make $1.50.

His favorite team was the Tar Heels and favorite song, after the National Anthem, was Hark the Sound of Tar Heel Voices.

Visitation will be held at Bradley’s Funeral Home, 345 Main Street, Chatham, NJ on Wednesday, January 5th between 4:00 pm and 7:00pm. A Funeral Mass will be offered at Christ the King Church, New Vernon, NJ at 10:30 on Thursday, January 6th .