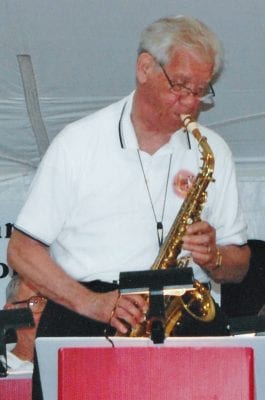 Emil J. Hensler, passed away peacefully on February 8, 2021 at Sunrise of Morris Plains Assisted Living.  He was 92 years old.

Mr. Hensler retired in 1991 as a Professor of Accounting and Finance at Seton Hall University after a distinguished career of 30 years.  He was a member of the New Jersey Society of CPAs and the American Institute of CPAs.  Professor Hensler received the Outstanding Educator Award from the N.J. Society of CPAs., awarded in 1992.

Mr. Hensler was also a member of the Leisure Village West Knights of Columbus and the Village’s Budget and Finance Division.

Born in Newark, he lived in Irvington until 1954; thereafter in West Orange until moving to Manchester Township in 1997, and then Morris County in 2019.  During his life, he was active in St. Leo’s parish, Irvington; the Essex County and Newark Archdiocesan Catholic Youth Organizations, Our Lady of Lourdes parish, West Orange; the West Orange PAL; the Seton Hall Prep Fathers’ Club and Alumni; and many committees at Seton Hall University.

During college, and later in retirement, he was active as a musician in various bands, including the 50th Armored Division Nat’l Guard Band from 1948 to 1958, Bloomfield Civic Band, Sentimental Journey Big Band and the Pinelands Symphonic band (formerly the Crestwood Symphonette).

Emil was a NY Yankee fan and avid Seton Hall University basketball fan, always believing that the NCAA 1989 Championship was stolen from SHU!!(It wasn’t a foul!)