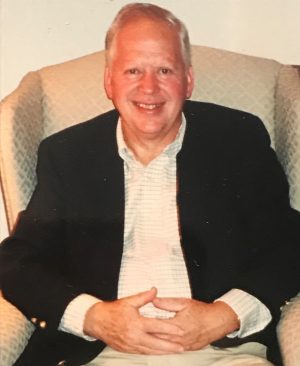 Frederick A. Coombs III, 83, of New Providence, NJ, passed away at home surrounded by his family on October 29, 2021. He was born in East Orange to Esther and Frederick A. Coombs Jr.  Fred was a resident of Short Hills for over 70 years. After graduating from Millburn High School in 1956 he went on to study at Williams College. He graduated in 1960 with a BA in History.  A loyal and supportive alum, he remained actively involved in the life of each school. He had a long career at Morgan Guaranty Trust Company in the International Banking division.

Fred met the love of his life, the former Katherine Adair, in seventh grade. They were married in 1959 and remained devoted to each other for over 62 years. Together, they raised four daughters in Short Hills. Fred cared deeply for the Millburn-Short Hills community and was civically engaged throughout his life. Among his many contributions were serving on the Millburn Township Board of Education, where he was President for several years, the Millburn Planning Board, the Millburn-Short Hills Scholastic Boosters, and the Board of the local American Red Cross. He was a lifelong member of Christ Church Short Hills where he served on the Vestry and the Board of Trustees of Christ Church Nursery School.

Fred was an avid reader and historian who compiled an extensive personal library. He was also an enthusiastic sports fan who especially enjoyed watching high school and college games. However, his greatest joy was his family. He cherished time spent with his daughters and grandchildren and supported their many interests. Fred and his family treasured their many trips and happy times together in Williamstown, MA and on Cape Cod.

Funeral Home:
Bradley, Smith & Smith Funeral Home Funeral:
A private service will be held at a later date. Memorial Gifts:
Memorial contributions in his honor may be made to the Alumni Fund at Williams College, Office of College Relations, 75 Park Street, Williamstown, MA 01267 or online.