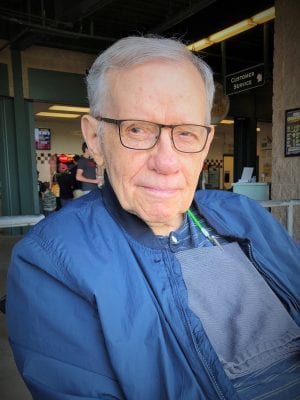 Frederick Reitz, a long-time resident of Union, passed away peacefully on Sunday, January 3, 2021.  He was 92.

Born in New York City on April 10, 1928, Fred was the son of the late Rudolph and Gunda Reitz.  He attended Newark College of Rutgers University, receiving a B.A.in Mathematics in 1951.  He later attended their Graduate program of the School of Business Administration.

Fred served in the U.S. Air Force from 1951 until 1953.  He attended their Officer Candidate School and graduated as a Ground Electronics Officer and Mathematics Instructor.

During his career in the Employee Benefits field, he served in various positions with companies such as Prudential, Campbell Soup Co., Sperry Rand Corporation, concluding at I.T.T. Corporation world headquarters.

Fred was active in the Boy Scouts of America and proudly served as a Troop Leader.

He had been a member of Grace Lutheran Church in Union, serving as a counter, greeter, usher and council member.

Fred had a variety of interests, including the stock market, trains, history (especially the Battle of Midway) and traveling the world with his wife, Marie.

He was a great father and father-in-law.

He was the beloved husband of the late Marie Reitz and cherished father of Paul Reitz and his wife Mair and Sue Penk and her husband Charlie.