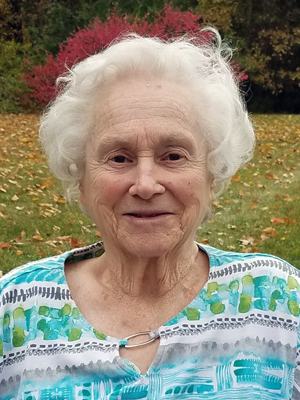 Marge Thomason passed away on Tuesday, January 28, at the age of 97.  She was born in Somerville, NJ to Ella and Frank Stout and was raised on the Schley Estate in Far Hills. Marge met her husband, Karl, at Prudential in Newark, NJ and they were married on August 5, 1943, in Mississippi before he left to serve in WWII in New Guinea.

Marge was an active volunteer with the Girl Scouts as a leader of a Summit troop of Mariner Scouts who went to Mexico in 1962. She went on to become District Chairman and then President of the Greater Essex Council in 1966. Karl and Marge also served as joint chairmen of the Northern New Jersey Multiple Sclerosis Society for a number of years. They were married for 62 years before Karl died in 2005 and Summit was their home for most of their lives.

Funeral Home:
Bradley, Brough & Dangler Funeral Home Funeral:
a private graveside service will be held this Spring Memorial Gifts:
In memory of Marge, who loved all animals, contributions may be made to St. Hubert’s Animal Welfare Shelter, 575 Woodland Ave., Madison, NJ 07940 or any SPCA.