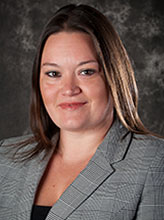 Out of all the families I’ve had the privilege of working with, there’s one I won’t forget. I received a call in the middle of the night from a woman who just lost her middle-aged husband, suddenly. He died at home, and I spent the whole ride to their house feeling anxious–wondering how his wife must feel, and what I should say to make it better.

The first thing I noticed when I arrived was the amount of people there, family and friends were comforting each other. What a support system. Their home was like a museum dedicated to this person’s life–full of pictures, posters, musical instruments and memorabilia. I felt like it had been a place where many people gathered over the years. It was warm and full of life.

When I sat down the next day with his wife to make funeral arrangements, we discussed where the service should take place. I got the feeling she picked a church due to the fact that traditionally, that’s where services take place. I felt like it didn’t really mean much to her. She didn’t look interested, satisfied or comfortable with her decision to affiliate with a church and have a more ritualized service.

I felt like she settled, and that’s something I couldn’t settle with either. I was at that house, and saw the life they lived together. My job is to help people create opportunities that maximize the potential to feel good about the service, and make it something that helps them through their grief. I asked the wife permission to give my input. I simply said “I was at your house last night. I can tell that your husband was a special guy. Why wouldn’t we have a special service for him?”

She told me I was right, and broke down and cried. It was a turning point for both of us, and from then on, we took all of his interests and hobbies, and incorporated them into a celebration of his life, called a Celebrant Service. It was a service we held in the comfort of our funeral home, complete with the family, friends and things that meant the most to him. It was full of memories, laughter, tears, stories, lessons, music, poems and reflection. The funeral home was full of pictures, posters and memorabilia. It was perfect.
For the funeral procession, we had his immediate family drive his prized cars from his own personal collection, followed by dozens of his fellow car club members, in their own vehicles. His friends from his longtime band played at his service, and again at the cemetery. I invited the family to bring his dog to the service, and he proved to be such a comforting factor, as he stayed by the widow’s side, and even added some comic relief from time to time.

At the cemetery, instead of placing a flower on the casket, I decided that everyone in attendance should place their hand on his casket. I made a statement explaining how, as a musician and a mechanic, he was so gifted with his hands, and that those hands left an impression on everyone’s heart. So in touching his casket, this was his friends’ and family’s way of “touching” him back.
At the end, everyone, including myself, was moved to tears.

In preparation for the service, during the service and after the service, I cannot tell you how many times we heard things like: "I didn’t know you could do this,” “I’ve never seen anything like this,” “He would have loved this,” “This is what I would want at my funeral,” and “This was so ‘him’." It felt amazing to be able to create and be a part of something that not only touched so many people, and honored such a wonderful man, but also showed the many people in attendance the potential for funerals to truly reflect who a person was.