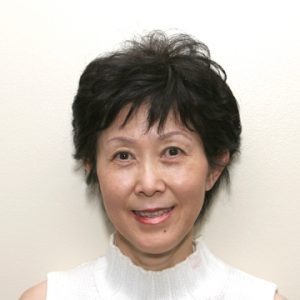 From 1970-1987, Helen worked in an accounting department, then a doctor at Infirmary of Kang-Hua Food Co., in Shanghai, China. She came to the United States on March 14th, 1987 to accompany her husband Joseph, who was then a foreign student in New Jersey in pursuit of his Masters Degree. From 1988-1999, Helen started working at a doctor’s office in Queens, NY, and evidently became the office manager. From 2000-2006 she was a medical coder at Muhlenberg Hospital in North Plainfield, NJ. She retired in 2006 Helen was involved in competitive gymnastics in high school and won 1st place in gymnastics all round in her district in Shanghai. She was also passionate in ballet and was classically trained as a child and teenager in China and continued to dance as an adult.

Helen is survived by her husband, Joseph J. Ding, her son and his wife, Daniel Ding and Jessica Wang, granddaughters, Hazel and Capri Ding and her three sisters, Yijun Zeng, Eva Wang and Yiping Zeng. A Christian Memorial Service will be held on Saturday, August 13, 2022 at 10 am at Bradley-Braviak Funeral Home, 49 Whippany Rd. Whippany, NJ. Visiting hours will be from 9:30am to 10am. Interment Restland Memorial Park, East Hanover, NJ.