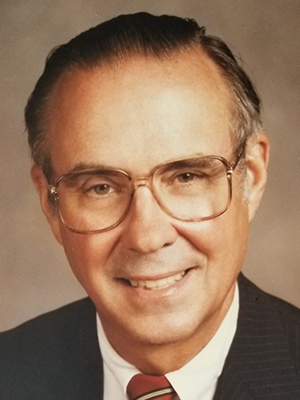 Hugo Menzel Pfaltz, 87, died in his sleep Saturday August 31 at home in Summit, New Jersey due to complications from pneumonia. He was born September 23, 1931, in Newark, NJ, the son of Hugo Menzel Pfaltz, Sr. and Elizabeth Horr Pfaltz. He grew up in Short Hills, NJ and attended Millburn High School Class of 1949. His dedication to the “49ers” was legendary as the convener of class reunions. He graduated from Hamilton College Class of 1953; Harvard Law School 1960 and received a MS in Taxation from New York University in 1963.  He served as an officer in the Navy for four years. He married Marilyn Muir in 1956, thus beginning their sixty-two years of marriage adventures.

He began the practice of law with McCarter and English, transitioned to Bourne Knoll and Kenyon and opened his Summit law firm, Pfaltz and Woller, in 1974. He was a Fellow of the American Bar Association and a member of The American College of Trust and Estate Counsel (ACTEC).  Active in NJ politics, he was elected to the NJ Assembly for two terms 1968-72.

Hugo was an independent thinker, a visionary, never constrained by the ordinary or the expected in anything he undertook. Kindness, generosity, and loyalty were in his DNA.

A memorial service will be held September 14th at 11 AM, St. John’s Lutheran Church in Summit.  Donations in Hugo’s name may be made to Patriots’ Path Council Boy Scouts of America www.ppcbsa.org and Greater Newark Conservancy www.citybloom.org.