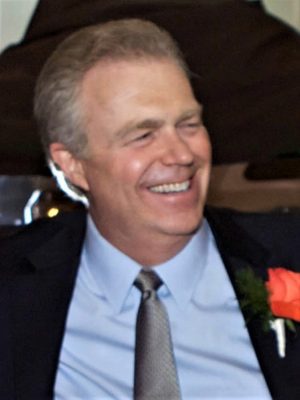 James D. McConnell, Jr. of Mountain Lakes, New Jersey, died on December 26, 2022 after a long and courageous battle with cancer.

Jim was born in North Arlington, NJ.  He grew up on the Jersey Shore and graduated from Wall High School in 1978.

He attended the University of Notre Dame in South Bend, Indiana and graduated in 1983 with a B.A. in English.

Between 1982 to 1988, Jim served as an Airborne and Ranger qualified Infantry officer in the United States Army in locations throughout the United States, including Fort Richardson, Alaska.

In 1988, he was honorably discharged from the Army at the rank of Captain and enrolled in Rutgers Law School. Upon his graduation, Jim began a nearly thirty-year career as an attorney in New York City. He was a partner in the law firm of Hargraves, McConnell & Costigan, P.C., where he practiced from 1998 until 2017, when he joined Freeborn & Peters, LLP as Senior Counsel.

Jim was a musician and lifelong lover of music, an avid reader, and a compelling writer with an extraordinary breadth of knowledge. He recognized and appreciated any well-made thing from a sentence to a sculpture to an operating system. He was open to everyone that he met, and his magnetic personality, wit and laughter brightened any room.

Funeral Home:
Bradley-Braviak Funeral Home Visitation Hours:
There will be a visitation on Thursday, December 29, 2022 from 4:00p.m. to 7:00 p.m. at Bradley-Braviak Funeral Home located at 49 Whippany Rd. Whippany, NJ Funeral:
There will be a funeral mass on Friday, December 30, 2022 at 9:30am at Notre Dame of Mt. Carmel, 75 Ridgedale Ave. Cedar Knolls, NJ Committal:
Following the Mass at Gate of Heaven, 225 Ridgedale Ave. in East Hanover