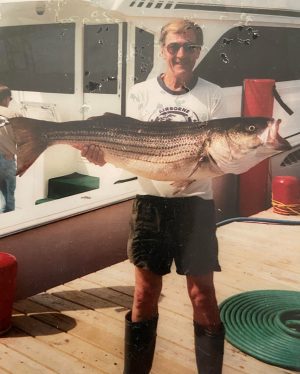 Born in Newark on June 5, 1937 the son of James Edward Lynch Sr. and Elenor Wawzyniak,

Jim lived his life in Union.  He attended Saint Michael’s Elementary School in Union and graduated from Union High School in 1955. Jimmy,  later in life known as Jim,  proudly served in the US Army from 1959 to 1961 in Verdun, France. He pursued his lifelong passion for the ocean, boating and fishing with his loving son Darren J. Lynch, his grandson Kevin J Lynch and many friends.

He is survived by his sister Ruth Vieira and husband Dick of Bayville, NJ, his niece Maryellen Weaver and husband Curt, their daughters, Emily, Elizabeth and Sophie Weaver, his nephew Manny Vieira, his daughter Brianna Vieira and partner Craig.

Dear Jim, RIP you will be missed.