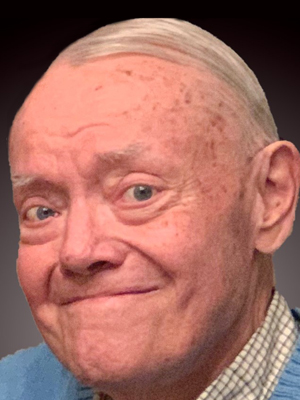 Born in New York City, Jim was then raised in Rochester, NY by his parents Mr. and Mrs. William Watson Northrop. He was the oldest of three children. Jim met his late wife Elizabeth “Renny” Northrop while on a blind date, and subsequently married in 1964. They initially lived in Rochester, NY until they moved to New York City in 1966. The Northrops then moved to Summit, NJ in 1977, where they lived until moving to Madison, NJ in 2004. In 2016 Jim returned to Summit.

During his career, Jim worked for several corporations in New York City, including 18 years at Chemical Bank (now JPMorgan Chase), and then almost 20 years at Automatic Data Processing, in Roseland, NJ. He retired in 2007.

Upon retirement, Jim was adamant about staying active and having a purpose. He passionately used his time to volunteer for many organizations that spanned child development, the environment, mentoring and tutoring programs, and faith-based activities. As an active member of his church, Central Presbyterian Church in Summit, NJ, he was a superintendent of the children’s Sunday School, and also made weekly visits to infirmed church members at local hospitals. Jim’s indefatigable positivity and cheeriness made this a perfect role for him. Jim was also very passionate about contributing his energy to the Elizabethport Presbyterian Center, in Elizabeth, NJ. While involved there, he helped devise and manage many child development programs, including creative writing workshops, academic tutorial programs, and summer camps. He was also an active member at the soup kitchen of SHIP (Summit Helping Its People), which distributes meals to those in need on a weekly basis. In both his professional and personal life, Jim demonstrated a desire to help others. He always felt fortunate for the life he had and wanted to express gratitude by giving back.

Perhaps one of Jim’s greatest enjoyments was writing, especially throughout the later years of his career and into retirement. He was very proud to contribute stories, opinions, and newsletter columns to various non-profit organizations.

Jim is survived by his daughter Christina Skrod and husband Chris, his son James Northrop and wife Emily, his daughter Sarah Curiale and husband Nick, and his sister Rindy Northrop. He is also survived by his five grandchildren Isabella and Aldo James Curiale, and Liam, Luke and Evelyn Northrop. Jim is predeceased by his beloved wife Renny, daughters Elizabeth and Kathryn, his grandson Colin, and brother Charles Northrop.

Memorial service arrangements will be announced at a future date.