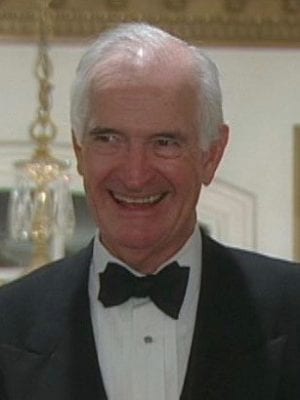 Kindhearted, honorable and decent are just a few adjectives that describe Jerry Graham. He loved life and lived life to the fullest with grace, strength, generosity and dignity.  He was a role model and mentor to many people.  Jerry was intelligent, humorous and engaging, and always made himself available to family and friends.  Although he was “old school”, Jerry was most definitely, a free spirit.

He was passionate about “the law” and was a brilliant and accomplished litigator. Jerry began his long and distinguished legal career at Carpenter, Bennett & Morrissey in Newark, NJ and later formed the law firm of Graham Curtin in Morristown, NJ.  Jerry was a member of the American Bar Association, the New Jersey State Bar Association, the Essex County Bar Association and the Morris County Bar Association.  In 1960, he was admitted to the U.S. District Court for the District of New Jersey, and in 1979 to the U.S. Court of Appeals, Third Circuit.  He was also a Fellow of the American College of Trial Lawyers – NJ State Chair 1990-1991 / Regent 1993-1997 and a Trustee of the Foundation.  He was a member of the Supreme Court Society in Washington, D.C.  Jerry won many awards and in 2010, Mr. Graham received the Trial Bar Award from the Trial Attorneys of New Jersey.

Throughout the 1970s and 1980s, Jerry was a fixture at the Morristown Field Club in Morristown, NJ where he played hours of tennis and platform tennis and captained many men’s teams, including taking the original “A” paddle team from the bottom series to winning the George Ferguson “A” League in record time! Jerry was instrumental in starting the New Jersey Men’s Platform Tennis League Classic Tournament.  The tournament organizers honored him by naming the winner’s trophy the Graham Cup.  Mr. Graham was a longtime member of the Morris County Golf Club in Convent Station, NJ and served on the Board of Governors.  He adored the entire MCGC staff and enjoyed playing tennis, paddle tennis and more recently – fast paced rounds of golf!  He founded the Paddle QUAD Tournament as an event partnership between Morris County Golf Club and the Morristown Field Club.  It continues to be an annual event and now includes teams from Spring Brook Country Club and The Noe Pond Club.

Jerry was a voracious reader – always a book or newspaper in hand, and he had an incredible command of the English language. He loved doing The New York Times crossword puzzle … and yes, he did it in pen!  He loved good music with classical and folk genres being his favorite.  Jerry enjoyed watching countless hours of tennis, football and golf on TV … with the volume down.  He would argue with TV “newsreaders” and constantly correct their grammar!  He enjoyed debating the pundits on the Sunday morning news programs – especially his favorite – “The McLaughlin Group”!  He briefly dabbled in horse ownership and was a partner in The Unstable LLC.  He loved designer ties and was always impeccably dressed.  Jerry also loved to travel and relished spending Julys in Nantucket, MA and winters in Amelia Island, FL.

A memorial service will be held later this spring at the Church of Christ the King in New Vernon, NJ. The family requests that in lieu of flowers, a donation be made in Jerry’s memory to the Alzheimer’s Association https://www.alz.org/  or The Morristown Medical Center COVID-19 Support Fund https://www.f4mmc.org/covid-19-support.aspx