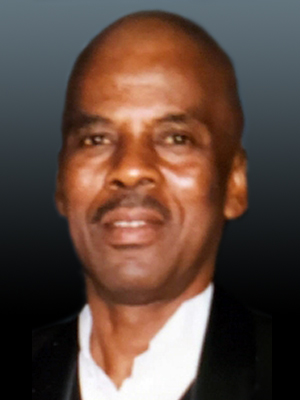 Jerome S. Jeannot “Boute-Fe,” 76, of Irvington passed away on December 6, 2019. A Mass of Christian Burial will be celebrated at Good Shepherd Church, 954 Stuyvesant Ave. in Irvington on Saturday, December 14th at 9:30am.  Entombment will follow at Hollywood Memorial Park in Union.  Relatives and friends are invited to visit at Bradley, Haeberle & Barth Funeral Home, 1100 Pine Ave. in Union on Friday from 5 to 8pm.

Born in Pierre Rambeau, Haiti, the son of Occius and Diana (Massenat) Thelusma, Boute-Fe came to the United States in 1970. First settling in Brooklyn, he also lived in Elizabeth before moving to Irvington in 1987.  Boute-Fe worked at NYP Corporation in Elizabeth for 37 years until his retirement in 2010.  In his younger years he enjoyed playing soccer where he excelled as a goalkeeper.  He also enjoyed entertaining his friends and listening to his favorite band, Orchestra Tropicana.

Boute-Fe was the beloved husband of 44 years to Odette. He was the loving father of Vincent Jeannot, Jerline Jeannot and her husband Renel Louis, Guilbert Jeannot and his wife Cherlie, Brechner Jeannot and his fiancé Verna Etienne, and Ben Laguerre and his wife Carmen.  He is also survived by his cherished grandchildren, Nelsy, Nyla, Aleesha, Elijiah, Marquise, Emmanuel, Ethan, Mason, Brandon, Angela and Jerry, his dear brothers, Ronald Thelusma, Joseph Thelusma, and Berthin Thelusma and dear sisters, Martha Thelusma and Elirese Exama.