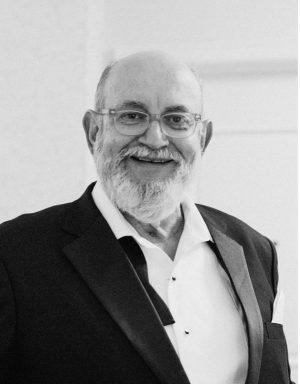 John was born in Bayonne, New Jersey on October 31, 1947 to Andrew and Josephine Gerba. John met the love of his life, Margaret, in 1963 through the youth organization at their local church, Our Lady of the Assumption. Twelve years later, in 1975, they were married at the very same church. John was a loving husband, father, uncle, and Pop-Pop to two precious grandchildren.

John spent his career working for financial institutions trading currencies, but his true legacy is found in his unwavering commitment and dedication to his family. You can step on any sports field in Chatham and rest assured that at some point John was there coaching his children. He truly loved coaching his three sons when they were kids and watching them play sports as they got older. He was also dedicated to the local Chatham community. He served as President of the Chatham Baseball Club, was on the Board of Recreation, and was one of the individuals instrumental in lighting Nash Field so Chatham youth baseball could be played at night.

Despite the occasional facade of grumpiness and a healthy dose of cynicism, those closest to him knew John for his big heart and generosity in helping those he loved. He would do anything for his family. When his sons would regularly ask for favors, or his wife would remind him to clean the gutters, they were met with a characteristic grumble at first, followed by an “of course, I’ll do it right away.”

There was nothing he enjoyed more in life than watching his children and more recently his grandchildren grow up. In fact, after years of insisting on keeping his old flip phone, it was only the ability to receive pictures of and video chat with his grandchildren that finally convinced him to upgrade to a smart phone (and because Ebay was running out of replacement batteries for the flip phone).

As his sons grew up and left home, he was unwittingly gifted with a fourth son, his dog Ace. While he never knew he wanted a dog (or more accurately, rather explicitly stated he did not want one), Ace truly became man’s best friend. In fact, John could often be spotted wearing a shirt that read: “The more people I meet, the more I love my dog.” And, as with all his loved ones, he would do anything for his beloved dog.

John loved sitting down with his sons, a Budweiser in hand, to watch his favorite teams, the Yankees and Giants. Though it was always unclear whether he took more pleasure in cheering for their wins or complaining about their losses. He would tell the best ‘dad jokes’ and always kept a youthfulness about him. John also loved keeping up with longtime friends, always looking forward to his regular dinners with the “Boys from Bayonne.”

John is survived by his loving wife of 47 years, Margaret, and their three sons: John, David (and wife Mila), and Andrew (and wife Yoko).  He leaves two grandchildren, Millie and Aiden.

In lieu of flowers, donations in John’s name may be made to the Boys and Girls Clubs of America (www.bgca.org).