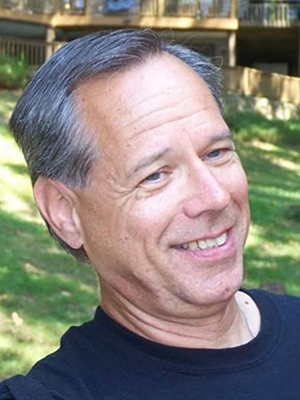 Born in Morristown, New Jersey on May 3, 1959, John grew up in Hanover Township, and spent time in New York state and Charleston, South Carolina. He Attended the County College of Morris for 2 years before earning a Bachelor’s degree in Electrical Engineering from The Ohio State University. His 35 year career in electrical engineering included positions with Kearfott Corporation, Lockhead Martin, BAE Systems and ENSCO. Most recently, he worked for Engineering Resource Group in Morris Plains, New Jersey. Over the years, John proudly held positions as a volunteer firefighter for companies in West Paterson, New Jersey, Jefferson Township, New Jersey and Candor, New York.

John had a deep seeded passion for music, and enjoyed playing guitar. He was a HAM radio operator and had and appreciated a sense of humor. He was an Eagle Scout who loved nature. If you knew John, he was your friend who would do anything for you. More than anything, John loved his family, especially his granddaughter.

There will be a visitation on Saturday, December 21, 2019 from 9am-11am at the Bradley Braviak Funeral Home, 49 Whippany Road in Whippany. Funeral Service will follow. Burial will take place at Gate of Heaven Cemetery in East Hanover. Those who wish to make a contribution in memory of John may do so, to the West Paterson Fire Department by visiting www.westpatersonfd.com.

Funeral Home:
Bradley-Braviak Funeral Home Visitation Hours:
There will be a visitation on Saturday, December 21, 2019 from 9am-11am at the Bradley Braviak Funeral Home, 49 Whippany Road in Whippany. Funeral:
A Funeral Service will take place at the conclusion of visiting hours on Saturday, December 21, 2019. Committal:
Interment will take place at Gate of Heaven Cemetery in East Hanover, New Jersey. Memorial Gifts:
Contributions in memory of John may be made to the West Paterson Fire Deparment.