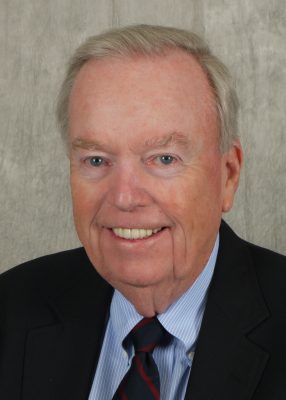 John Francis Swift, 87, of Green Village, NJ, passed away on January 13, 2023.  A Mass of Christian Burial will be celebrated at Corpus Christi Church, 234 Southern Blvd. in Chatham on Thursday, January 19th at 10am.  Interment will follow at Fair Mount Cemetery in Chatham.  Visiting hours at Wm. A. Bradley & Son Funeral Home, 345 Main St. also in Chatham will be on Wednesday, January 18th from 3 to 7pm.

Born in New York City, the son of John and Mary (Kehoe) Swift, John was raised in Orange, NJ and graduated from Immaculate Conception High School in Montclair.  He proudly served for 4 years in the U.S. Navy after high school and, upon his return, earned his B.S.B. in Management from Seton Hall University in 1960.

John began his advertising career in the 1960s and quickly rose through the ranks of the health care communications industry.  He started his own agency, Lavey/Wolff/Swift, in 1972, which he eventually merged with BBDO in 1977.  As an industry leader, he was the co-founder of the Biomedical Marketing Association and served as president of the Pharmaceutical Advertising Council. He retired 30 years ago as the Chief Executive Officer of Omnicom Health and Medical Communications, a leading global advertising and marketing company.  He was inducted into the Medical Advertising Hall of Fame in 2004.

In retirement, John remained active with volunteer work.  He held several leadership positions at Seton Hall University including the Seton Hall University Board of Regents, the Advisory Council (UAC), the Alumni Association’s Board of Directors, Hazard Zet Forward Loyalty Society, and the Immaculate Conception Seminary School of Theology’s Board of Overseers.  In addition to Seton Hall, he was a member of the Board of Governors for Cathedral Health Care System and a member of the Marketing Advisory Council for the Shakespeare Festival at Drew University.

John was the beloved husband of 36 years to the late Eleanor.  He was the loving father of Sharon Ann Swift, John F. Swift IV, and his wife Barbara.  He is also survived by his cherished grandchildren, Meghan Swift, John F. Swift V, and Katherine Swift, his sister, Margaret Tanner, his brother, Robert Swift, his nephews, Glenn Radice and Robert Swift Jr., and his nieces, Robin Doyle, Sherry Schur, and Patricia Swift. In lieu of flowers, donations in John’s memory may be made to the Center for Catholic Studies at Seton Hall University.

Funeral Home:
Wm. A. Bradley & Son Funeral Home Visitation Hours:
Wm. A. Bradley & Son Funeral Home, 345 Main St. in Chatham will be on Wednesday, January 18th from 3:00pm to 7:00pm. Funeral:
Corpus Christi Church, 234 Southern Blvd. in Chatham on Thursday, January 19th 2023at 10:00am. Committal:
Following Mass at Fair Mount Cemetery in Chatham. Memorial Gifts:
In lieu of flowers, donations in John’s memory may be made to the Center for Catholic Studies at Seton Hall University.