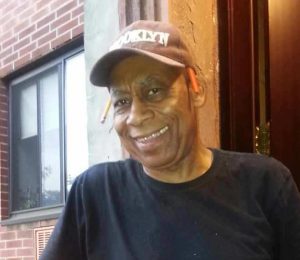 John attended Perquimans County grade school in Windfall, North Carolina, completed high school, and graduated at the Vocational Academy in St. Louis, Missouri.  He held several jobs as a young apprentice before moving to New York City and becoming a civil service facility inspector before moving on to NYC DOT where he was a Highway Repairer (Sweeper Operator) and retired.  He was one of many tasked with the responsibility to remove the remains of the New York City Twin Tower buildings destroyed after the 9/11 terror attack.  His health began to suffer some time after that event, and he was treated for many years after, but he never healed completely.  He leaves behind three brothers and three sisters: Catherine Godfrey of Coram, NY, Classie Smith of Atlanta, Georgia, Sophia Barnett of Jacksonville, NC., James Godfrey of Atlanta, Georgia, William Godfrey of Palm Coast, FL and Lee Godfrey of Gilbert, Arizona; and a host of nieces, nephews, and cousins.