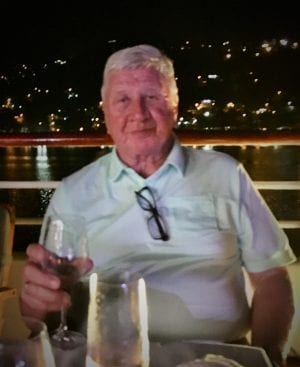 John was born in Whippany and was a graduate of Hanover Park High School.  A Vietnam veteran, he proudly served from 1966-1968 in the United States Army.  As a member of the Whippany Fire Department for over 50 years, he served as past Fire Commissioner, Assistant Chief & President.  He was a member of Whippanong Post 155 of the American Legion & the Robert C. Gulick Post 5351 of the VFW, both in Whippany.  He was a past member and president of the Whippany Rotary Club and was a recipient of a Paul Harris Fellow.  He was also a member of the International Society of Arboriculture.  John was an avid traveler, making many friends throughout the world.

His hobbies included maintaining his fish pond, golfing, restoring old cars as a member of the North Jersey Chapter Antique Truck Club and spending time with his beloved grandchildren who were the joys of his life.

He was so proud of his ongoing company, Greenwood Tree Expert, which he and his brother-in-law, Robert Dubee began 50 years ago and is now run by their sons.