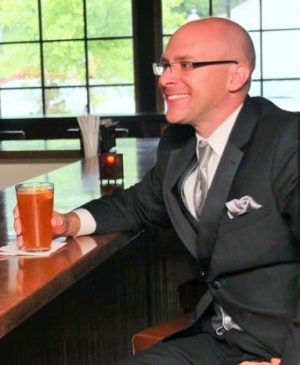 Kenneth Michael Cenicola was born on February 14, 1970, in Ridgewood, New Jersey to Philip and Anita Cenicola.  Growing up Ken spent many spring evenings fishing with his father and brother, Dan, in the Delaware River and the summers playing very serious games of Wiffle ball in their cul-de-sac. Ken graduated from Dover High School in 1988 and received his BS in Electrical Engineering from Stevens Institute of Technology in 1993.

Ken’s career began after graduation at Bergen Cable Technology, and then brought him to Michigan, working for many years at various companies before returning to New Jersey and Bergen Cable in 2009, where he continued to work until his passing.  While Ken filled his life with countless pursuits and hobbies; his favorite activity was serving as personal mechanic and craftsman to his daughters, Rachael and Danielle.

Ken was a considerate friend, maintaining friendships from coast to coast. A born problem solver, his friends and family always knew they could count on Ken for an articulate solution to any quandary or a great recommendation of the perfect microbrew.  Ken was a member of Beta Theta Pi Fraternity, the Elks Club and countless bowling leagues.

To say Ken was a Renaissance Man would be a disservice to his endless skillset; whether he was restoring an old piece of equipment, performing a mediocre cover version of a 90’s song on his guitar, or striving to bowl a perfect game, Ken’s level of enthusiasm was unparalleled, he put 100% of himself into every task.  Ken had many interests, among them were woodworking, cars, camping, running and visiting various baseball stadiums to cheer on his beloved Yankees.  Ken did not pass on an opportunity to pay someone a compliment.

At this time the family is working together with the Somerset Patriots to honor Ken at a game during the 2022 baseball season, information will be forthcoming on Ken’s CaringBridge page (https://www.caringbridge.org/public/kencenicola).