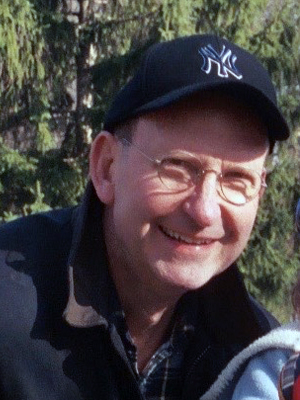 Everyone who knew Lyle loved him.  They were graced by his incredible musical talent and witty sense of humor. Everyone who knew him was greeted with a cheerful ‘hello’ and his long arm wrapped around their shoulder. And if you were lucky enough, Lyle created an endearing nickname – just for you.

Lyle Leeson was born in Newark, NJ in 1945 and grew up in North Arlington, NJ where he attended Woodrow Wilson Grammar School and North Arlington High School.  The eldest of three children, he began his life-long love of music playing the ukulele at the age of 9 at informal church performances. Piano lessons started soon after and in no time, Lyle became one of his teacher’s best performing students.  While he played high school basketball, he eventually stepped back from sports and spent most of his waking hours studying and advancing his musical skills and practicing the piano.

Lyle went on to study music at the prestigious Manhattan School of Music in NYC, where he earned both his Bachelor and Master of Music Degrees in Piano Performance. It was there he met fellow classmate and classical pianist, Beverly Ficker. He and Beverly went on to marry in 1968 and were married for nearly 50 years.

Lyle taught choral music at Secaucus High School in Secaucus, NJ for 46 years. In addition to teaching chorus, he also loved conducting the jazz band and served as music director for the school’s musical theater performances. He was considered one of the most beloved teachers in the school’s history. From the captain of the football team, to the incoming middle-schoolers, every student wanted to be in “Mista Lee’s” class. During his retirement concert, he was surprised by former students across nearly 5 decades who joined him on stage to sing his farewell song. After retiring, Lyle received countless letters from students sharing what a positive impact he had on their lives.

He was also Choir Director and Organist at St. Mary’s Church in Rutherford, NJ before serving in the same position at St. Cecilia’s Church in Rockaway, NJ for 15 years. His music and singing touched the lives of hundreds of thousands of parishoners during Sunday masses, holidays, weddings and funerals.

Lyle was a lover of the simple things in life. You’d often find him outdoors in the early morning going for a run or a bike ride, swimming laps in the pool, or tending to his rose garden. He loved spending time with his family at the Jersey shore, cooking with loved ones, and playing the piano for hours – entertaining those around him.

Lyle died peacefully of natural causes on Saturday, April 18, 2020. He is survived by Beverly along with his children Laura Credico and husband Joe; Kate Lukach and husband Eric; and Rebecca Leeson. Lyle leaves behind four grandchildren who were always the apple of his eye; Natalie, Aidan, Jake, and Connor. He is also survived by his brother Ken Leeson and wife Francine; and sister Debbie Kolibas and husband Don.

As Lyle would always sing, “I’ve got the world on a string, I’m sittin’ on a rainbow.” He always was, and always will be, the rainbow for so many.

Funeral Home:
Bradley-Braviak Funeral Home Funeral:
Family and friends will be invited to join in a Celebration of Life at a later date.