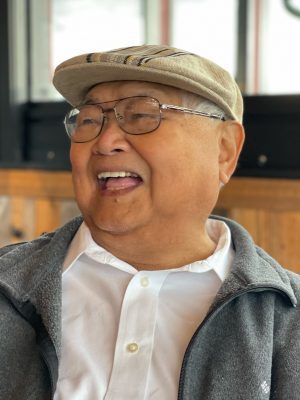 Manuel Guirnalda, a long time resident of Union, NJ passed away at his home on November 17, 2021 at the age of 73. Lovingly known as “Bambot” by family and friends in the U.S. and Philippines.

Born on July 12, 1948 to Venancio and Generosa in Manila, Philippines, Manny moved to the United States in 1971. He attended San Sebastian College-Recoletos graduating with a degree in Business Administration and Commerce and also studied at Columbia University and Kean College. He was an active member in the San Sebastian College community and frequently supported its students and arts program.

In his early years, Manny worked for Daffy Dan’s in Elizabeth (where he met his wife Theresa), then worked for MJM in Secaucus managing their import and export process. For the last 30 years, he was employed by King’s in Short Hills, retiring 3 years ago.

Manny loved surf fishing at Sandy Hook, early morning family trips to the Jersey Shore, cheering for the other Manny (Pacquao), and was known for his delicious Filipino cooking. He loved to gather with friends, family, and a selfie stick over a “Pig Roast,” Karaoke, and “legitimate” Pay Per View Boxing.

He was an avid collector of watches, baseball cards, and Kangol hats, a fan of Michigan Football and Villanova Basketball and spent hours listening to the Beatles, Carlos Santana, artists from the 1970s Disco era, and the Rat Pack.

Manny is survived by his wife Theresa and sons Christian and Brian. He cherished his grandchildren Benjamin, Genevieve, and James (who know him as Lolo) and daughter-in-laws Sara and Taleen. He was extremely proud of his son’s accomplishments and successes in life. He is also survived by his sister Ligaya Laus of Edison, brother Leonardo and wife Linda of Xenia, Ohio, and predeceased by his brother Ricardo.

He will be missed by many more nieces, nephews, and cousins in the U.S. and the Philippines. 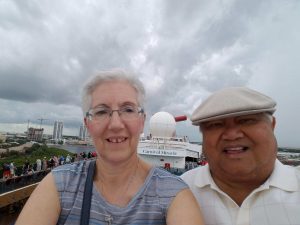