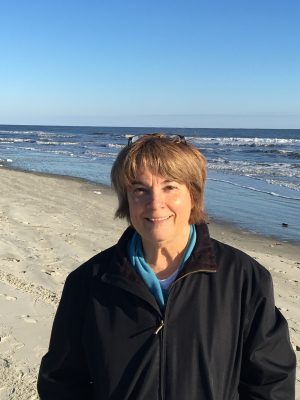 Margaret Burgess Connors, beloved wife, mother, grandmother, and friend passed away at home on January 30, 2022. Margaret was better known as Peggy, but she most cherished the names “mom” and “Grammy” given to her by those who loved her the most. She was exceptionally kind, compassionate and caring and will be deeply missed by all that knew her.

Peggy was born in 1952 to Benton and Anne Kauffman, in Columbus, Ohio.  She attended Columbus School for Girls and then Union College, where she made life-long friends.

In 1978, she met Philip Connors — the love of her life.  They were married on January 4, 1980 and went on to have three children, Erin Burgess Tromonda, Michael Joseph Connors and John Patrick Connors. Peggy and Phil spent most of their years together raising their family in Madison, New Jersey.

More recently, Peggy and Phil enjoyed splitting their time between Madison, New Jersey and Charleston, South Carolina. Peggy loved spending time in South Carolina, enjoying the warm weather and life closer to the ocean. She enjoyed walking on the beach, collecting seashells for her grandchildren, and spending time with friends.  When back at home in New Jersey, Peggy loved spending time with her friends and family.  She played an integral part in her children and grandchildren’s everyday lives.  She enjoyed gardening and had a special place in her heart for all animals.

A Celebration of Peggy’s Life will take place for all friends and family in New Jersey on Saturday, February 12th at Spring Brook Country Club from 1-3pm

A private family burial will be held at Maple Grove Cemetery in Granville, Ohio on Tuesday, February 8th.  A reception for family and friends will follow at The Columbus Club from 4-6pm.

In lieu of flowers, donations can be sent to Memorial Sloan Kettering Cancer Center.