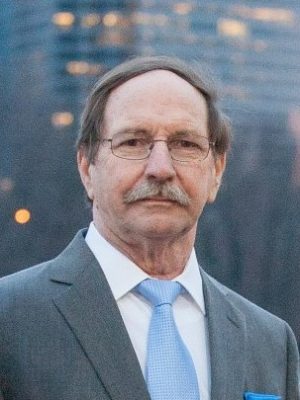 Martin Charles Kramer Jr., 78, of Chatham, NJ passed away on Thursday, September 1st after a long illness. Born in New York City on January 15, 1944, Martin moved to Oceanside, NY at the age of 9. He attended Catholic school graduating from St. Agnes Cathedral High School in Rockville Centre in 1961. Martin served in the army from 1963 until 1965.

In 1969, he began his 35 year career in Information Technology working for Bell Labs. He later transferred to AT&T, where he spent the remainder of his career. Following his retirement in 2004, Martin focused on his love of books, Doo Wop music, and family. He spent countless hours researching, collecting, and listening to music of all eras, but particularly the 1950’s and 1960’s. He accumulated over 40,000 recordings and enjoyed sharing his musical knowledge with family and friends.

Martin was the son of the late Martin C. and Margaret (McLoughlin) Kramer. He was predeceased by his sister, Linda Burke and his beloved aunt, Jean McLoughlin. He is survived by his wife of nearly 42 years, Jean (nee Slade), his children, Allison (Christopher), Martin III (Lauren), Ashley (Adam), his cherished grandchildren Patrick, Colin, Madalyn, Martin IV “Charlie”, Tate, Teagan, and his brothers Thomas (Georgina) and Steven (Jean).

In lieu of flowers, donations may be made to the American Kidney Foundation (https://www.kidneyfund.org/tribute-wall/4685).