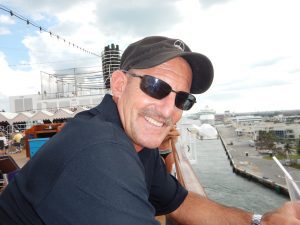 Michael Edward Bobby, 62, of Margate, Fla., formerly of Old Bridge, NJ, passed suddenly on January 15, 2023. He received his Bachelor of Arts Degree from Lockhaven University and later his Master’s in Education from East Stroudsburg University. Michael has been living in Margate, Fla for many years with his loving wife, Lauren. He was a physical education teacher for Broward County Schools in Florida, most recently teaching at West Glades Middle School before retiring in 2020.

While at Lockhaven University, Michael played goalkeeper on the 1980 championship soccer team that was later inducted to the Lockhaven Athletic Hall of Fame. He also played professional soccer with the Fort Lauderdale Strikers.

Throughout his teaching career, Michael coached nearly every sport, was Athletic Director for several years, and was named Teacher of the Year twice. He also founded and ran the Mike Bobby Soccer School, training young soccer goalkeepers.

Anyone who knew Michael knew that he could never sit still for very long. Whether he was doing yard work around the house, painting a room or wall, or exercising, he always kept busy. Michael enjoyed fishing, golfing, paddle boarding, and kayaking. His two grandsons kept him on his toes and always moving, and he wouldn’t have had it any other way.

Michael touched many lives in his short 62 years. Many benefited from his love, kindness, encouragement, generosity, and friendship. Words cannot describe how much he will be missed.

Michael is predeceased by his mother Audrey and brother Wayne.

In lieu of flowers, donations in Michael’s name may be made to: Surfers for Autism http://surfersforautism.org/donate (P.O. Box 1705, Jensen Beach FL 34958)

To send the family a condolence, please visit, www.bradleyfuneralhomes.com.