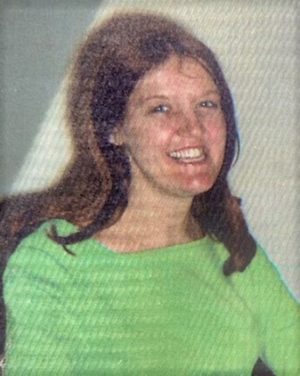 Modesta Elise Cadmus passed away peacefully at home after living with Dementia for over ten years. She was 87.

There is a famous quote, “family is where life begins and love never ends” (Unknown). Modesta was the embodiment of that statement. Modesta “Putsy” Schleck was born on April 7, 1935, in the upstairs, front room of the house on Magie Avenue in Elizabeth, NJ. She is the daughter of the late Anton and Anna Schleck (Engel) and the tenth of eleven children. She was given the nickname “Putsy” by her father — which means “little one” in German. Like most of her brothers and sisters, she attended St. Genevieves Elementary School and St. Mary’s High School in Elizabeth.

After business school, Modesta and her younger sister and best friend, Elizabeth “Betty” Schleck traveled throughout Europe and the United States. In 1967, Modesta meet her future husband, Warren Kipp Cadmus II at a bar at the Jersey Shore. Modesta would see him at other bars and said to her friends, “we see each other everywhere, he could at least say hello.”

Warren and Putsy were married in 1969 and lived on West Point Island in Lavallette. They had two children, Sarah Engel Kyryczenko and Lauren Elizabeth Cadmus. Married 52 years they still said “I love you” every day — yelling from room-to-room until Warren’ s passing in January 2022.

In 1979, the Cadmus family moved to Chatham Township and soon after Modesta went back to work. She was employed by AT&T in Basking Ridge, NJ in the Relocation and Marketing department. She retired in 2000 and continued to take part-time jobs to keep busy. Putsy was also volunteer at Corpus Christ Church in Chatham Township and The American Red Cross in Summit and Madison, NJ.

Summer was her favorite time of the year when she could kick back and spend time lounging and swimming at the pool at her lake home in Pennsylvania. She also loved going to the beach, spending time with dear family and friends, walking her dogs, listening to classical music and traveling. Her favorite trip was when her nephew, William Babbitt took her and her sisters on a tour of Paris.

Modesta was an incredibly strong individual. She was a breast, uterine and skin cancer survivor. With each diagnosis, she accepted each prognosis in a matter-of fact-manner and never complained.

Funeral Home:
Wm. A. Bradley & Son Funeral Home Visitation Hours:
Wm. A. Bradley & Son, 345 Main St., Chatham, NJ on Monday, November 21, 2022 from 9:00am to 10:30am prior to the Mass Funeral:
Funeral Mass at Corpus Christi Church, 234 Southern Blvd., Chatham on Monday, November 21, 2022 at 11:00am Committal:
Following Mass at Cedar Lawn Cemetery, 200 McLean Blvd., Paterson, NJ Memorial Gifts:
Flowers are welcome. Other funeral donations can be sent to either, The Chatham Emergency Squad or The Chatham Township Volunteer Fire Department