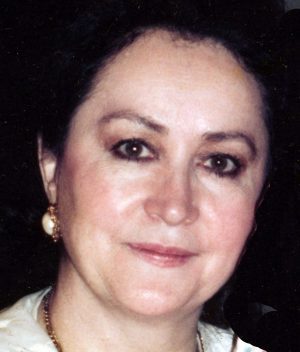 Myroslawa Stojko, 85, of Boonton Township, New Jersey passed away on Wednesday, December 22, 2021 at her home surrounded by her loving family.

Myroslawa was born on April 21, 1936 in Horyslavychi, Western Ukraine. She was the daughter of the late Mr. and Mrs. Stefan and Anna (nee Pyc) Grendus. As a small child, she was a refugee in war torn Europe who immigrated in the 1950s to the United States where she continued her education by completing her high school studies at Washington Irving High School in NYC, received her BS at Hunter College in New York City in Botany. Later, she attended Rutgers University where she received her MA and MPh in German Literature.

She was a lecturer at Rutgers University and a teacher at St. Peter’s High School and Mount Saint Mary’s. Myroslawa loved teaching and her students. She was recognized as Teacher of the Year in New Brunswick. Additionally, she loved her homeland, Ukraine. On a voluntary basis Myroslawa served as  the director of cultural affairs at the New Brunswick branch of the Ukrainian National Women’s League of America and sang in the choir of her local Nativity of the Blessed Virgin Mary Ukrainian Catholic Church

Myroslawa was an iconographer. Her icons can be found in many collections globally, among them, the Ecumenical Patriarch in Istanbul, Turkey, as well as the Patriarch of the Ukrainian Catholic Church in Kyiv, Ukraine. Examples of her work can be viewed in the nave of the Nativity of the Blessed Virgin Mary Church in New Brunswick, New Jersey. She was also a watercolorist whose work was recognized  both locally and internationally, garnering numerous awards, including Best in Show in the Japanese Imperial Art Show. She loved art, enjoyed visiting museums and was a member of Salmagundi Art League in New York City, where she demonstrated iconography techniques.

Myroslawa was predeceased by her dear husband Wolodymyr Stojko and great-nephew, Mark Rubenstein. She was the loving mother of daughter Roksolana Lozynskyj and husband Askold; daughter Oksana Dziadiw and husband Daniel;  dear grandmother of Kalyna and Lilia Dziadiw and Maksym and Kyra Lozynskyj. In addition, she is survived by her sister, Doris Borst, her husband Hermann and niece, Sabrina Rubenstein, husband Peter and great-niece, Arianna Rubenstein.

In lieu of flowers, donations may be made to the  Ukrainian Free University Foundation, 136 2nd Avenue, New York, NY 10003.