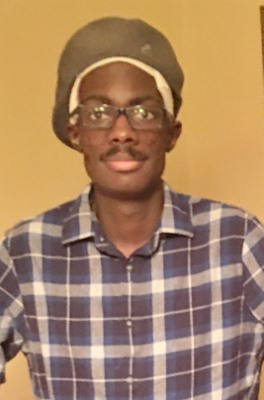 Parker Enix-Ross, 28 of Westfield, NJ passed away on Tuesday, June 29, 2021 at the Hospital of the University of Pennsylvania, in Philadelphia, from complications related to Lupus. Born in New York City, Parker attended the International School of Geneva, Switzerland, before moving to Westfield with his parents.  Parker attended McKinley and Washington Elementary schools, and Roosevelt Middle School, before graduating from Westfield High School in 2011.  At Westfield High School, Parker played violin in the school orchestra and served as a Peer Mentor.  At graduation, he was awarded the Mandeville-Rentrop Scholarship. Throughout High School, Parker was a Camp Counselor at Camp Chat (Children Have Arthritis Too), helping campers who suffered from auto-immune illnesses.  He was a frequent guest speaker at Lupus Foundation events, describing the challenges of managing his illness while striving to achieve his goals.

Parker attended Hampton University in Hampton, VA and Union County College in Cranford, before transferring to Temple University, where he received his Bachelor of Arts Degree from the School of Theatre, Film and Media Arts in 2017.

Parker was a prolific reader.  He enjoyed critiquing movies, writing short stories and screen plays. A huge Star Wars fan, he was an active member of the Nerds of Color Facebook Group and was a member of the Screen Actors Guild.

Parker was a member of the First United Methodist Church (FUMC) of Westfield, NJ, where he was a member of the 2006 Confirmation Class.  At FUMC he participated in the youth group, including the RISE program, repairing homes for those whose living conditions are unsatisfactory and who cannot help themselves, due to physical and/or economic inability.  The program is affiliated with the United Methodist Church and takes place in the southern tier of the Appalachian Mountains in New York State, using volunteer labor of church high school youth and adult groups.

Community service and helping others was a calling for Parker.  While a member of the Greater Union County Chapter of Jack and Jill of America Incorporated, he received the Carol Robertson Award for Community Service, and he was named a Distinguished Teen.

Parker spoke French and loved to travel.  He especially enjoyed his People to People trip throughout Europe.  He also loved to cook, especially his Grandpa Slim’s mouthwatering peach cobbler.

Parker is pre-deceased by his paternal grandparents, Pearl and Washington DuBois Ross, a World War II fighter pilot and Tuskegee Airmen, and member of the Michigan and Kentucky Aviation Hall of Fame; and his maternal grandparents, Mary and Lacell Enix, Jr. He is survived by his parents, Rodney Ross and Deborah Enix-Ross, Aunt, Monique Dominque, Aunt Paula Ross, Uncles Mark Ross and Robert Ross, Godmother, Marcellette Wise Ellison, a loving extended family, and a host of friends around the world.

If you are so moved, please make contributions to either The Close the Gap Fund at Union County College, 1033 Springfield Avenue, Cranford, NJ 07016 https://www.ucc.edu/blog/2021/06/04/union-county-college-foundation-to-host-6th-annual-close-the-gap-cocktail-reception/ or the Lupus Foundation of America, Tri-State Chapter: https://www.lupus.org/tristate.