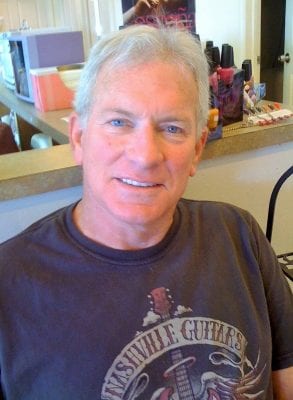 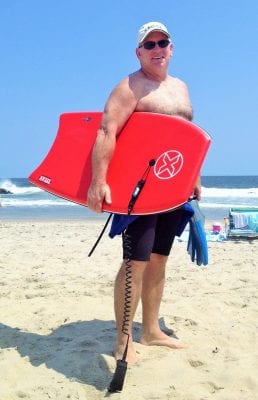 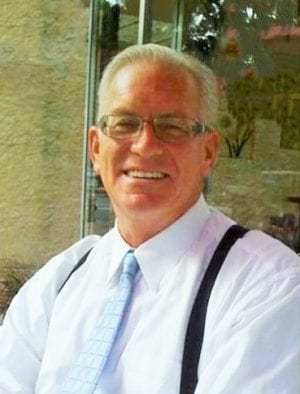 Click here to view the Funeral Mass live stream at 10:30am Fri, 1/15
(Church live stream will be available 20 mins prior to start of mass.)

Paul Matthew Campbell, 68, of Madison, NJ died peacefully at Morristown Medical Center on January 11, 2021 from complications related to Covid-19. He was born in Staten Island, NY on October 6, 1952 to Dr. Matthew J. Campbell and Phyllis A. (Lotz) Campbell. His youth was spent in West Brighton, Staten Island, a place his family called home for more than a century. He was a 1970 graduate of Xaverian High School and briefly attended Villanova University. His large cadre of West Brighton friends and family will remember him as a wonderful friend with a quick wit, the one who danced better than most, a talented storyteller, and a generous spirit who loved helping others.

After leaving Staten Island, he went to Miami, FL and studied to be a builder, then later began a series of adventures that took him from Florida to Utah, Long Island to Colorado, and eventually to California. During that time, he married and was blessed with a son, Bryan Paul Campbell.

In 1995, Paul returned east, to New Jersey. In June 1997, he married the love of his life, Shana. With Shana’s two children, Grace and Jacob, they grew to be a loving family. In his mind and in his heart, along with his son Bryan, Grace and Jake were also his kids, and he made sure everyone knew it. When the kids were younger, Paul was able to share his adventurous spirit with them enjoying various activities, such as riding roller coasters or kayaking on family vacations. As his children grew into adulthood, Paul continued to be extraordinarily proud of their accomplishments. He had the joy of watching Bryan become a pilot and achieve the rank of Captain, Grace pursue her passion to work in veterinary medicine and become a certified Vet Tech, and Jake recognize his affinity for sales and chase success with a passion.

Paul was at his best when he was providing comfort, support and guidance to those who sought it from him, and sometimes to those who didn’t. Many remarked that Paul’s stunning blue eyes brought truth and life to the saying, “The eyes are the window to the soul.” When Paul spoke, whether it was about his love of family, gadgets or politics, his eyes always communicated far more than his words—articulate and true in their own right. He was a consummate storyteller who knew how to keep his audience rapt and laughing.

At times, people listened to Paul as if their lives depended on it, because sometimes they actually did. Paul was a great man. His home was a safe space: always open, full of love, life, and often many young people. Wherever Paul and his family lived, there had to be a front porch for sitting and a backyard for barbequing; these were the places where countless hours were spent guiding people to a better way of life and trying to solve the world’s problems. He had gathered much wisdom from a life fully lived. If it was within his power, he helped people avoid the mistakes he’d made. For a very long time, this was his life’s work. His counsel was invaluable. The results of his devotion are evident in the lives of countless people, even today. He spoke often of the value of being with others in “a clean, well-lighted place,” one of the many things he readily and willingly provided.

No synopsis of Paul’s life would be complete without mentioning just a few of his loves: the beach, dancing with his wife, and dreaming of a better world—not just for himself, but for his family, friends, and even people he’d never meet.

Paul was a passionate man who loved with every fiber of his being. He was a kind, creative, visionary teacher of life with a huge heart. He will be missed by more people than he could have ever imagined.

Funeral Home:
Wm. A. Bradley & Son Funeral Home Visitation Hours:
Visitation will be held on Thursday, January 14, 2021 from 4:00 p.m. to 7:00 p.m.
Wm. A. Bradley & Son Funeral Home, 345 Main Street, Chatham
due to Covid 19 restrictions, capacity of the funeral home is limited to 50 people Funeral:
A Funeral Mass will be celebrated on Friday, January 15, 2021 at 10:30 a.m.
Corpus Christi Church, 234 Southern Boulevard, Chatham Township
The Mass will be live-streamed for those who would like to attend virtually. Please check back for information. Committal:
For immediate family only on Saturday, January 16, 2021 at 11:00 a.m.
St. Peter's Cemetery, 52 Tyler Ave, Staten Island Memorial Gifts:
Those who wish may contribute in Paul's memory to either the National Federation of the Blind at https://www.nfb.org/ or St. Hubert's Animal Welfare Center at https://www.sthuberts.org/