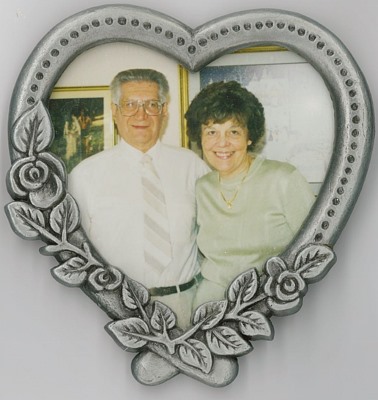 On Saturday, July 6th, 2019, Renard Reggiani, loving husband, father, grandfather, and great grandfather passed away at the age of 95.  Renard was the oldest son of Renato Reggiani and Alice Manfredo and is predeceased by his sister Barbara and brother Robert.

Renard was born in New York City, New York on 10/23/1923. He attended Stuyvesant HS in New York City before serving in the Army Air Corp as a Radar Technician from 1943 to 1946 during WWII.

After the war, Renard graduated from Brooklyn Polytech with a Bachelor Degree in Electrical Engineering.

Renard worked for Western Electric before joining Bell Laboratories as a technical writer in Whippany from 1955 until his retirement in 1988. Renard lived in the Whippany section of Hanover Township from 1955 until 2019 before moving to Sunrise Assisted Living in Morris Plains.  He served on the Hanover Township Sewerage Authority from 1966 through 1975 and was a member of the ‘Telephone Pioneers of America’.

Renard was an avid sports fan and was especially passionate about the New York Giants and New York Rangers. He often spoke of the old NY Giant players such as Y.A. Tittle, Sam Huff, and Frank Gifford and cried tears of joy the day that the New York Rangers won the Stanley Cup in 1994.  Renard spent a lot of his time reading, working on his vegetable gardens and he often boasted that he planted every tree in his yard.  Renard also found pleasure in designing houses and took pride in helping his children with their many home additions.  He had a witty and engaging sense of humor and enjoyed a good debate, especially ones involving politics and philosophy.

Renard is predeceased by “the most beautiful girl in the world” his wife Columbina (Beanie) Reggiani who passed away on September 7, 2005. They enjoyed ballroom dancing and shared the same passion for Theatre, Musicals and the Arts.  He would always say that he could not have achieved what he did in life without his Beanie.  They shared 55 years of marriage and are survived by their seven children, Renee (James) Lavin, Donna Rinaldi Reggiani, Carol (Bob) Colaizzo, Greg (Ellen), Gary (Donna), Brian (Angelyna), Nancy (John) Logan, 20 grandchildren and 15 great grandchildren.  Family was his greatest pleasure and raising responsible American citizens his greatest pride and legacy.

In lieu of flowers donations can be made to the Alzheimer Foundation.