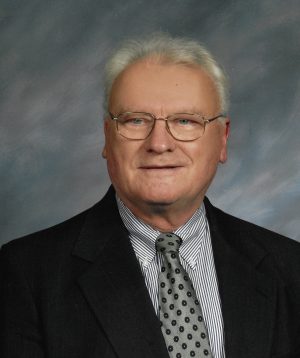 Of Monroeville, PA., on Friday, October 14, 2022. Born the son of Julius R. and Mae F. Szeremany and brother of Adrianne M. Szeremany/Auguste, Richard grew up in Union, New Jersey and at an early age moved to Maplewood, NJ where he was raised and educated in the Maplewood-South Orange School System.

His next parish was the Munn Avenue Church (First Presbyterian) in East Orange where for the next twenty-two years he ministered as both Preaching Minister/Head of Staff as well as Organist/Director of Music developing a program of outreach, education and community services recognized by the denomination as well as funding organizations, local agencies, and the State of N.J.

In 1988 he became Pastor and Musician at Newark’s Second Presbyterian Church for the next nine years, followed by a sixteen-year ministry as Director of Worship, Music, and the Arts at Pittsburgh’s East Liberty Presbyterian Church (the Cathedral of Hope) where among his many innovative programs he founded in 2000, the Hope Academy of Music and Arts.

Szeremany’s education continued following graduation from the seminary at The Juilliard School and Union Theological Seminary in New York City as well as at the Princeton Seminary where he pursued both theological as well as musical advanced courses.

In addition to his “home base” parishes, Szeremany pursued a concert career as organist, pianist, professional accompanist for more than sixty years playing well over twelve hundred recitals and concerts. He worked with the American Guild of Organists as National Chair of its Committee on Professional Concerns, as well as serving as Dean of the Metropolitan NJ Chapter of the AGO. His recording career includes seventeen organ recordings of hymn improvisations in what is called “The Szeremany Collection”, recorded on a number of significant East Coast instruments.

Richard was married for forty-six years to Muriel McEvoy Szeremany who predeceased him in 2011. There will be no visitation, and he will be interred in Newark, N.J.