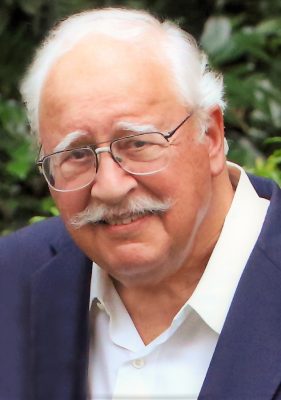 *Click here to livestream the memorial mass on Saturday, November 26th at 9:30am*

A much beloved husband, father, grandfather and mentor, Richard (Dick) A. Romano Sr. of Summit, NJ passed away surrounded by family at the age of 85.  Born June 11th 1937 in Milwaukee, WI, Richard attended Marquette University where he earned his Bachelor of Science in Business Economics as well as his MBA.  He also had a graduate certificate in Marketing from the Wharton School. While at Marquette, Richard was a member of ROTC, and following his graduation, he served as an active-duty Lieutenant in the Army Finance Corps.  After his service to our country, Richard began his career in Telecommunications with the Wisconsin Telephone Company in 1959 as a Plant Assistant.  Through his incredible work ethic and perseverance, Richard worked his way up the company until 1971 at which time he joined AT&T as a Manager in the State Regulatory Matters Dept.  By the end of his career in 1996, Richard rose to Vice President of Government Affairs at AT&T. After retiring, he volunteered his time with a variety of companies and organizations.  Richard served as a member of the Board of Directors of the New Jersey Insurance Underwriter’s Association, the President of the New Jersey Sales Executives Foundation, an advisor to the Summit Luminary Fund, a member of the President’s Council at Marquette University, and a member of the Editorial Advisory Board of KMB Video Journal.  Up until his death, he was also a member of the Board of Advisors for Rutgers University School of Business where he shared his knowledge and experience with a variety of students.  He helped to sponsor and to create the Rutgers Business Plan Competition awarding $50,000 of venture capital to deserving MBA student startup companies.  His generosity of time and finances did not stop there as he sponsored a variety of scholarships for those pursuing a career in business both through Rutgers and the Affinity Federal Credit Union where he served as the Chairman of the Board for many years.  His family will forever remember with fondness the family brunches he organized every Sunday for the last 30 years that always ended with his iconic quote “we managed to eat again.”  He will be missed by all including his wife Barbara Romano; his sister CA Romano Rude; his children Richard Romano Jr (Julie Romano), Gina Romano, Mia Romano-Brown (Christopher Brown), and Crissy Amatucci (Michael Amatucci); and his grandchildren, Richard (Ricky) Romano III, Jackie Romano, Anthony Amatucci (Abby Herrmann), Brianna Brown, Stephen Amatucci, and Aleena Brown.  Richard is predeceased by his parents, Anthony and Catherine (Mascari) Romano.  Mass will be celebrated on Saturday 11/26 at 9:30 am at St. Teresa of Avila, 306 Morris Ave. in Summit, NJ.  In lieu of flowers, the family would appreciate donations to Marquette University College of Business Administration Scholarship fund or Summit Luminary Fund, 10 Westminster Road, Summit, NJ.