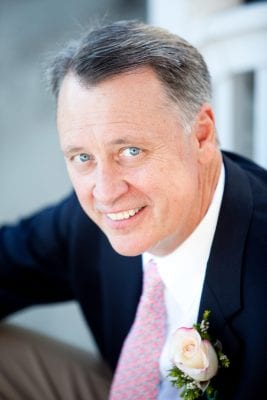 Click here to sign-up to attend the memorial visitation
on Sat, 3/27 from 12-6pm
***All funeral home guests are requested to register on SignUpGenius to attend the visitation***

Early in the morning of March 18th, just on the heels of St. Patrick’s Day, the world lost “one of the good guys” as Richard Patrick Cawley, also known as Rich/Grandpa/Richie/Uncle-Aunt Rich/Coach, peacefully passed away at the young age of 62.  While Rich bravely fought a valiant battle for ten months to recover from a life-changing stroke, he sadly lost his battle due to a complication from a genetic blood disorder.

The strength and commitment Rich brought to his recovery came as no surprise to his family and friends.  Rich loved life, his family and friends and was fighting to resume the life he loved.  We always hear stories about people who really “lived life with a passion”, and Rich was that person.  As the youngest child of Richard and Bridget Cawley, he was one of five siblings.  Rich had the opportunity to follow in the footsteps of his three sisters and brother, and enjoy the benefit of frivolity, fun, laughter, lessons, fights and love that comes from having siblings.  Rich lost his brother, Joseph, when he was just a teenager, and his father at much too young of an age, leaving a large hole in his heart.  Yet, he fortunately had a lot of time with his mother and his beloved sisters, and over time, his sisters’ spouses, children and grandchildren.  When Rich was younger and somewhat “rebellious”, his sisters were always looking after their youngest brother, as Rich lived a “very very full life”.  Rich loved his sisters dearly and was so proud of each of them – over time, ensuring they knew he was now a grown-up and would always be there to look after them.

Rich grew up in Point Pleasant, NJ, and graduated from Montclair State with a degree in geology.  We joke that Rich is “into rocks”, as his degree in geology led to a career in environmental and industrial engineering, combining his knowledge and passion for the environment.  Rich brought such a strong work ethic to his profession and was an example to so many of his colleagues.

Rich didn’t want to waste one minute of life.  He was an early riser, as he ventured out to go fishing off the shore, fishing off his kayak, or pheasant shooting – it was tough for Rich to sit still.  Rich grew up at the Jersey shore and was himself a fish swimming in the ocean on any occasion he could.  He ran three marathons – NJ twice and Philadelphia once.  He could often be seen heading to the store to shop for ingredients to prepare an extraordinarily complex, yet wonderful, meal for his wife or family and friends.  No meal Rich prepared was simple – there were side dishes galore – as in his brief moments of downtime, he devoured the cooking shows, and enjoyed replicating so much of what he saw prepared by the pros.  Rich enjoyed taking care of his yard and loved watching the plants and flowers he planted grow every Spring.

Most importantly, Rich’s true passion and love was for family and friends.  His two sons, Sean and Christopher, were his pride and joy.  Rich and his sons’ mother, Leslie, were proud parents and remain so today.  Rich relished and loved the opportunity to be a father, coaching baseball, soccer (setting up the soccer field at the crack of dawn, regardless of the weather), t-ball, teaching his boys life lessons – essentially doing everything he could to make his sons happy.  He was not only a father to his sons, but he also considered himself a father to his cousins, Alex and Austin (or Bob, as Rich called him).  As the children grew up, Rich loved watching Sean coach games, and cherished his fishing trips and classic music lessons with Christopher (Topher, at times).  Rich’s face lit up when he saw any of them or when his phone rang, and they were calling.  Each time Rich saw his sons, they embraced with a bear hug that brought tears to your eyes.  When the boys married and raised families of their own, Rich was so happy for his sons and proud to become a grandfather.  One of Rich’s favorite activities was playing with his grandson, Sebastian.  Rich cherished indoor sleepovers in sleeping bags, endless visits to the zoos, parks, and pet exhibitions.  And he really just looked forward to and loved every day he could spend with Sebastian.  He was elated when his oldest son, Sean, also had a son, Jaxon – a younger, yet incredibly happy toddler who was beginning to bring so much joy to Rich’s life.

Now, one thing that is important to know about Rich is that he did not like to be alone for very long.  He loved his early morning solo fishing trips, but then he wanted to be around family and friends and cherished companionship.  He relished in the company of lifelong friends and colleagues, and really everyone Rich met throughout his life.  Friends promptly became family in Rich’s mind – the family he chose.  Brothers-in-law, sisters-in law, and mothers-in-law were not in-laws, they were mothers, brothers and sisters, and Rich treated everyone as such.  Rich was memorable to all and left you with a smile on your face as his sense of humor, goofiness, compassion and caring always left an impression on everyone from his close friends to his mailman to housekeepers at hotels (he left a tip and always received a note back).

On Rich’s journey for a life of fun, laughter, companionship and love, he met his love, his wife, Paige.  While their 14 years together were too short – they packed in a lifetime of memories and loving moments.  Paige and Rich met at the beach, were married on the beach, and loved their summers with friends and family at the beach.  Paige and Rich complemented each other as they brought out the best of each other.  They learned to “share” the kitchen and cooking (as accomplished chefs, it was funny to watch the compromise).  Paige met Rich when his sons were still early in their teens, so she embraced the role of stepmother, with all of the challenges and joys the role brings.  Paige and Rich enjoyed their wine, champagne, charity events, and an endless list of friends, but mostly enjoying their day to day time together playing with Paige’s cat, Midnight (who Rich came to absolutely love, although he wouldn’t admit it), watching JAWS for the 500th time, caring for their flowers, and traveling.  And, of course, entertaining friends and family.  Their house was always a welcome spot for anyone to stop by, and you knew you could expect friendly faces, full wine glasses, great food, and tons of laughter (and occasionally, late night dancing).  While Paige and Rich’s life together was too short, it was “full”.  Together, they navigated family health challenges, professional accomplishments/disappointments and differences of opinion, all of which made their relationship stronger.  In the ten months since Rich’s stroke, the marriage vow, “for better or worse” was never more relevant.  Paige was a tireless caretaker, medical researcher, and caring wife.  While Rich tried in every way he could to show his appreciation for her efforts – their devotion and love for each other was indeed something to witness.  Their engraved words to love each other include “I love you today, tomorrow and forever” and that will remain.

On March 18th, the world became a bit dimmer and heaven became a bit brighter.  While Rich’s family and friends begin to accept the hole in their lives, they are comforted by knowing he is in heaven, inevitably drinking Guinness, and enjoying wonderful reunions with so many loved ones who predeceased him, as well as those he never had the opportunity to meet, but will soon become part of his circle of friends.  While Paige and Rich’s first dance at their wedding was to Bruce Springsteen’s “If I Should I Fall Behind”, and they lived a life truly exemplifying “I’ll wait for you, should I fall behind, wait for me”.  However, one Springsteen lyric from a different song – a lyric that personifies Richard P. Cawley:  “When they built you, brother, they broke the mold”.  Rich taught so many of us to enjoy life and family, and there is no greater tribute to him than to continue that tradition.

Rich leaves behind a long list of friends who are considered family, yet it is important to note his sons Sean Richard (daughter-in-law Sarah and grandson Jaxon), Christopher Joseph (daughter-in-law Gabriella, grandson Sebastian) and his sisters, Mary Testa, Katie Cawley, and Pat (and brother-in-law, Ruel) Campbell.  In addition, he leaves his beloved nieces, Julie Obara (and nephew-in-law Will and grandnieces, Ava and Alexa), Elizabeth Burns, and Bridget Burns (and grandniece Ingrid and grandnephew Lars) and Kerry Edwards (and nephew-in-law Rex and grandnephew Tiberias).  Finally, he leaves behind his brother-in-law for life, Don Katen, his ex-wife Leslie Brinker (and husband Scott), and cousin for life, Mark Hamwi (and wife Melissa and sons Alex and Austin).  Finally, he will always be remembered with love by his sisters-in-law, Julie Moore and Courtney Weyers (and brother-in-law, Richard, and four nephews, Logan, Colton, Mason and Hunter Weyers).

Funeral Home:
Wm. A. Bradley & Son Funeral Home Visitation Hours:
A memorial visitation will be held on Saturday, March 27, 2021 from 12:00pm – 6:00pm at Wm. A. Bradley & Son Funeral Home, 345 Main Street, Chatham, NJ 07928 with a prayer service at some point during the visitation.
In order to comply with Covid gathering restrictions, you must register to attend. Registration will be posted here Thursday at noon. Memorial Gifts:
In lieu of flowers, donations can be made in Rich’s memory to Cancer Hope Network, 2 North Rd STE A, Chester, NJ 07930 as this was an organization Rich felt very strongly about and supported greatly.