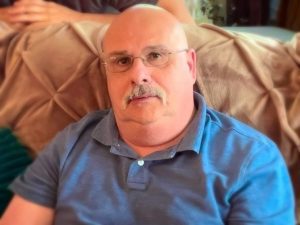 Richard Thomas McCorry, 66, passed away suddenly on August 6, 2022 at home in Chatham, NJ. Born and raised in Passaic County, at age 16 Rich joined the Enterprise Fire Company where he later became Captain. In the early 1990’s he joined the Chatham Borough Fire Department where he was assigned Rescue 1. A resolutely dedicated volunteer fireman for much of his life, he took great pride in his work for the departments he served.

Rich also served his community as a police officer, working over the years for departmets in Beach Haven, Surf City, Lakehurst, Owego (NY), Chatham Borough, and Bernardsville where he served in an administrative capacity. In Bernardsville, he also acted as the Office of Emergency Management Coordinator. In later years, Rich became a Fire, EMS, and Police Dispatcher, again serving the community of Little Falls. Over the years he earned several Unit Citation Awards for his involvement in handling fires, kidnappings, stabbings, and the aftermath of devastating storms. His efforts were recognized when he became a member of the Honor Legion of the Police Departments of the State of New Jersey, and although he saw the worst life had to offer he still managed to love deeply.

A lifelong public servant, Rich held very high standards for those who serve the community and he maintained tremendous respect for both firefighters and police officers.

Rich was a cherished husband to Dorothy, his wife of 24 years, and a loving father to his sons Tyler and Lucas. Both Tyler and Luke chose to become firefighters like their dad, and he could not possibly have been more proud of them.

Rich is also survived by his two daughters Sarah Kalmbach of Midland Park, NJ and Shannon Hall of Brandon, MS, as well as their husbands and his three beautiful granddaughters. He also leaves many nieces and nephews. Rich is preceded in death by his parents and brother.

Rich lived his life with conviction, and his powerful influence on his family will continue to be felt.