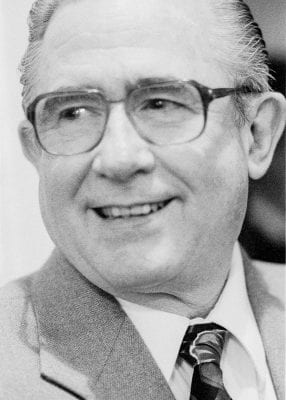 Click here to watch the memorial service live stream at 11am on Friday, April 9.

Robert Greenwood Gorton, 90, of New Providence NJ, went to his heavenly home on March 21, 2021 after a life of faith and service. Bob, as he was known to most, passed away at home amidst his family after battling several illnesses. Bob was born in Montclair NJ on September 19, 1930 to Rolland and Marie Gorton. Growing up in Montclair, he attended Central Presbyterian Church with his parents, older brother William, and younger brother James. He mowed lawns for neighbors to earn money for his first car, served floats as a soda jerk in town, and managed the High School soccer team.

He graduated High School in 1949 and pursued a degree in Science Education at Montclair State Teacher’s College (now University). In college, Bob ran Cross Country and worked for the Montclair Recreation Department, operating the tennis courts in summer and the skating rink in winter. He met his future bride, Jacqueline Robinson, at Montclair State and they married immediately after graduating in 1953.

Bob & Jackie moved to New Providence, NJ where they had both been offered teaching positions. Before he could complete his first semester, Bob had to leave for the US Coast Guard OCS in New London CT due to the Korean War. In 1954 he graduated Officer Candidate School, was commissioned as an Ensign and assigned to the USCG Cutter Rockaway.

One of the Rockaway’s duties was the Ocean Station Program, aka Weather Patrol. Bob and the crew would spend weeks braving the swells of the North Atlantic, maintaining position within a 10-mile square to provide weather and navigation aid to passing ships and aircraft. His service on the Rockaway also brought him to Spain and Denmark, when the cutter escorted the Barque Eagle on its 1954 Cadet Cruise to Europe. This led to Bob being told “Nyet!” at gunpoint while trying to board a Russian warship in Copenhagen with a goodwill case of beer for the captain.

Bob left Coast Guard active duty when his tour ended in 1956, but he remained in the Reserve until 1970 and attained the rank of Lieutenant. He returned to New Providence to continue teaching science and put down roots.

Bob & Jackie joined the New Providence Presbyterian Church in 1956 and began a long, personal, and important relationship with that community. Bob’s faith led him to offer his time, money, and heart, supporting the needs of the church as well as the wider world. He became a deacon, an elder, and an active example of faith, leadership, and service.

Outside his work within the church, Bob volunteered for a suicide hotline, often staying up all Friday or Saturday night on the lines. Due to his blood type, he was also a universal donor and not only gave regularly but would be summoned to the hospital in emergencies.

Bob’s Christian faith and relationship with Christ was strengthened by his involvement in Tres Dias, an ecumenical organization that encourages people to live a more Christ-like life through serving others. He attended his first weekend in the mid-eighties and served on many teams for the next decade. In May of 1998, Bob was honored by serving as Rector of Northern New Jersey men’s weekend number 70. He also encouraged many others by sponsoring them for a Tres Dias weekend.

Bob helped New Providence open its new High School in 1960, establishing the Science Department and contributing to the design of the science wing. Though he loved teaching and was in turn beloved by his students, he received promotions that ultimately pulled him out of the classroom and into school administration.

When Bob retired in 1987, he was the Assistant Superintendent of Schools for New Providence and had left an indelible mark on the schools he had served for decades. In retirement, he continued to help improve education in New Jersey through independent consulting and work with the Morris-Union Jointure Commission.

Alongside his faith and his work, family was equally important to Bob. He helped his grandparents maintain their home and cared for his aging mother. He was close to his brothers and stayed connected to them from across the country. When Bob returned from the Coast Guard, he and Jackie started their own family, raising four children: Rob, John, Marjorie, and Michael. They stayed in New Providence and bought their first and only house there.

Bob put the work in to be a good husband and father. He took time for his wife and his children. He told made-up dragon stories in the dark at bedtime. He attended recitals, concerts, plays, sporting and scouting events – then took everyone out for ice cream afterward to celebrate their accomplishments. Bob remembered anniversaries and birthdays and celebrated them eagerly. He bought flowers for his wife and always endeavored to respect and delight her. He supported his children and strived to make them happy, well-rounded, and well-educated adults.

Bob’s sense of family was expansive, and he welcomed near and distant relations, refugees, elderly widows, and his children’s friends into his home. He and Jackie hosted epic Thanksgiving dinners where all were welcome and those who had gone before were remembered. He was a son, brother, nephew, cousin, husband, father, uncle, grandfather, colleague, teacher, and friend to many.

Bob loved his family. He loved his work and his faith. He loved books, gardening, music, photography, movies and theater. He collected stamps and toured lighthouses. He doodled during Board of Education meetings and tried his hand at paint-by-number artwork at home. He made good coffee. He sang in the car on family trips and always won at miniature golf. Bob loved baseball and was a life-long Yankees fan. He loved traveling, good restaurants, and the beauty and spectacle of the natural world.  He Loved.

Bob was predeceased by his parents, Rolland and Marie, his older brother Bill, and his younger brother Jim. He is survived by his wife Jackie, his son Robert and wife Sarah, his son John and wife Scarlet, daughter Marjorie, son Michael and wife Susan, grandson Christopher, granddaughter Jessica, plus numerous loving cousins, nieces and nephews.

Funeral Home:
Wm. A. Bradley & Son Funeral Home Funeral:
Due to COVID restrictions, a memorial service for family only will be held on Friday, April 9, 2021, at 11:00 AM. However, the service will be livestreamed. A link will be added to the top of this page when available. The family hopes to have a more open celebration of Bob's life later in the year, as conditions allow. Memorial Gifts:
In lieu of flowers, the family suggests contributions to two organizations close to Bob's heart: The New Providence Presbyterian Church or Doctors Without Borders.