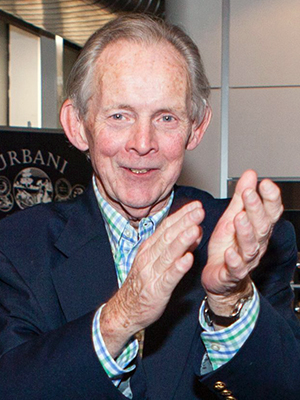 Stephen James McCabe, 81, a resident of Springfield, N.J. for 51 years, passed away on December 19, 2019. He was preceded in death by his beloved wife of 51 years, Kathleen Nargi McCabe who died in 2018. Steve will be profoundly missed by his devoted daughter, Kathleen Ann McCabe of Denver, Colo. The Funeral Mass will be held Saturday, January 4, 2020, at 10 a.m. at St. Rose of Lima Church, 50 Short Hills Ave., Short Hills, N.J.

Born in New York City to the late Henry McCabe and the late Georgiana Scanlon McCabe, Steve grew up on East 70th Street with his sister, Terese Cerni, who survives him, and brother John S. McCabe who preceded him in death. As a child, he attended St. Vincent Ferrer Church and Brooklyn Jesuit Prep. He earned a bachelors degree in business from Fordham University and a M.B.A from City College of New York. Steve served with the U.S. Army in Fort Riley, Kansas.

Following a career in banking and finance, Steve retired from Nabisco Brands in 1997. He spent much of his retirement living part-time with his wife in Grand Harbor in Vero Beach, FL. He was a voracious reader, an avid tennis player and a deeply devoted husband and father. All who knew him would describe Steve as the gentleman of all gentlemen, kind and good natured with an incredibly quick wit.

Steve appeared alongside his wife in the Castelvetere sul Calore episode of the PBS travel series Dream of Italy, hosted by his daughter. He adored the wire fox terriers who graced his life for 50 years: Chester, Harry, Cooper, Spencer and Phineas, who was at his side in his final moments.