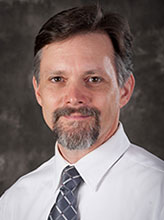 My cell phone buzzed early one morning alerting me to a death call. Hoping not to wake up my family, I crept downstairs to a room where I could talk to the surviving family members of the deceased. I could tell they were very upset about their mom dying, and understandably so.

Even though she was on hospice care at home for three months, no one is ever prepared for the shock, no matter how prepared you think you are.  It was very early in the morning so I had to get dressed with the stealth of a ninja and silence of a mouse because I didn’t want to wake up my young daughters and wife.  Fortunately, it was an easy night on my hair. Not that I am vain, but I certainly don’t want to arrive at someone’s home looking like my stylist is an electrical outlet.

It was still dark as I made my way to my car. The air was cold and a layer of frost had formed on my windshield. I use “defrost time” to wake up and to remind myself what I am about to do. I’m about to remove someone’s wife, mother and grandmother from the family home. It’s the end of someone’s life story.

I meet my co-worker at the funeral home in order to pick up a “removal vehicle.” It is a custom van that is outfitted to hold the stretcher. I am wide-awake by this point. We pull up to the family’s street, and the one house with a driveway full of cars and the lights on is the giveaway. The street is so still. Everyone sleeping in their beds, not knowing their neighbor has died or the pain that is being felt by their friends next door. As I walk up to the door, a blurry shadow quickly passes by the opened front door. Condensation has formed on the storm door, indicating that someone was posted as “lookout.”

I knock on the door rather than ring the bell, not only because I know they saw me coming up the walkway but I don’t want to have the harsh tone of the doorbell breaking the silence. I’m invited in and introduced to the whole family. Everyone is not happy to see me. I get the feeling they are realizing this is their last moment before mom is gone. I don’t want to rush the moment so I asked if there is a spot we can sit to talk. We make our way to the dining room table. To me the dining room table is the symbol of a family unit. How many decades has this table served as the meeting place for this family? What happy times were spent here…birthdays, holidays, and anniversaries.

As I listened with the children and husband, they expressed their anxiety that every funeral they had attended had a religious foundation, but they were not religious. They were lost and concerned they would “have nothing to do.” After talking with them about what their mom liked to do, it opened up a whole world of options that would make her funeral service special and memorable. Along with the family, I had an overwhelming feeling of relief when they took a collective deep breath and told me how good it felt to know they could do something meaningful without it being religious. They understood that even if they had no religious connections, it was her character, quirks, and actions that they could focus on to remember and honor her.

After our meeting at the table, along with some laughs and tears, I made sure that there were no unanswered questions before I got up to leave. It was time for me and my assistant to bring their mother/wife back to our funeral home. I asked if they would like to spend any more time with her before we brought her into our care. All five in unison said, “We can do that?” which brought on another wave of laughter. The laughter, an expression of relief that they could be with their wife and mother in “her” home one more time, was soon to be hushed by the single-file line processing to mom’s room. I waited patiently for them to return after saying their goodbyes.

In the day to follow, a plan for timing of services was hashed out along with gathering the statistical information. That is the easy part. I used my experience and skills to help the family open up and tell me everything about their wife/mother. Earlier that morning I suggested at the house to bring in pictures to the arrangement conference so we could make a tribute video of her life. As we looked through the photos together, I was immersed into their world; seeing their life through the photo history they brought to me. Wouldn’t you know in more than a dozen of the one hundred photos they brought in they were around the same dining room table that I sat with them earlier that morning! I suggested that the family use all the pictures and stories they told me to build the tribute their mother deserved. We also decided that a reception be planned with a menu of her favorite dishes!

At the funeral, a large bowl of rubber bands were available and guests were asked to take one. She always wore many on her wrist, and used them where others would have used tape or staples. Cards of her favorite recipes were given in lieu of traditional prayer cards. Her favorite music was played at the visiting hours. An assortment of wooden spoons was displayed, stained and weathered from years of cooking. Of course one of them was the dreaded “wooden spoon” used to correct any misdeeds! At the cemetery, everyone came forward to place a rubber band on the handle of the casket. It symbolized the way that their mom wore the bands on her wrist.

The family was no longer scared about not having a special service for their mother and wife. They left the cemetery feeling complete and comforted by all the little symbols of her life that were tied in to her services. I felt proud that we worked together creatively to create an unforgettable experience.”