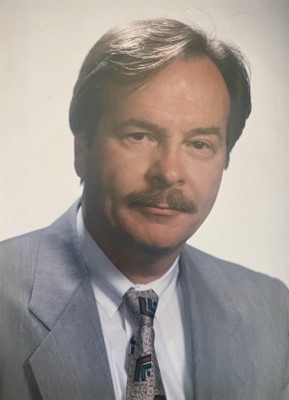 Born in Neptune, NJ, Ted previously lived in Asbury Park, Newark, East Orange, West Orange, Lake Mohawk and Elizabeth before moving to Springfield with Barbara over 40 years ago where they raised their family together.

Ted developed both a strong work ethic and interest in cars at an early age.  He bought and worked on his first car unbeknownst to his family before he had his driver’s license, keeping (and driving) it in a parking lot near the family’s home.

Ted worked at Central Cadillac in Newark, NJ from 1958 – 1970, starting as an assistant lubricator before becoming a Cadillac Certified Craftsman and holding positions of mechanic, interior/coach and squeaks/rattles specialist and service dispatcher.  Ted also worked for The Prudential Insurance Company of America as both a sales agent and sales manager from 1971 until his retirement in 1994 where he earned numerous citations for sales performance and made many lifelong friends.

All forms of auto racing were of great interest to Ted and he was a dedicated NASCAR Cup Series fan for over 50 years.  Ted also enjoyed collecting model trains and coins, keeping saltwater aquariums, watching NY Giants football, his beloved German shepherds Heidi and Snowflake and African gray parrot Stash.

A loving and dedicated husband and father, Ted always put his family first.  He and Barbara instilled their strong work ethics into their children and they were very proud to have raised four college educated children. Ted adored his grandchildren beyond measure, was so happy with the family he and Barbara created, and the legacy that will live on forever in their children and grandchildren.

All are welcomed to attend visitation at Bradley, Smith & Smith Funeral Home, 415 Morris Ave, Springfield NJ 07081 on Monday, November 1st from 3 – 7 pm.  A Presbyterian Prayer Service will be held at the funeral home on Tuesday, November 2nd at 11 am followed by a graveside service at Hollywood Cemetery, 1621 Stuyvesant Ave, Union, NJ 07083.

In lieu of flowers, please consider a donation to a local animal shelter or Shriner’s Hospitals for Children.